Welcome to the Sidewalk Issue. Here’s how it worked. We produced a collection of new stories — in film, sound, writing, art, and more — and placed them around three neighborhoods: one in Los Angeles, one in San Francisco, and one in Brooklyn. The table of contents was a map. 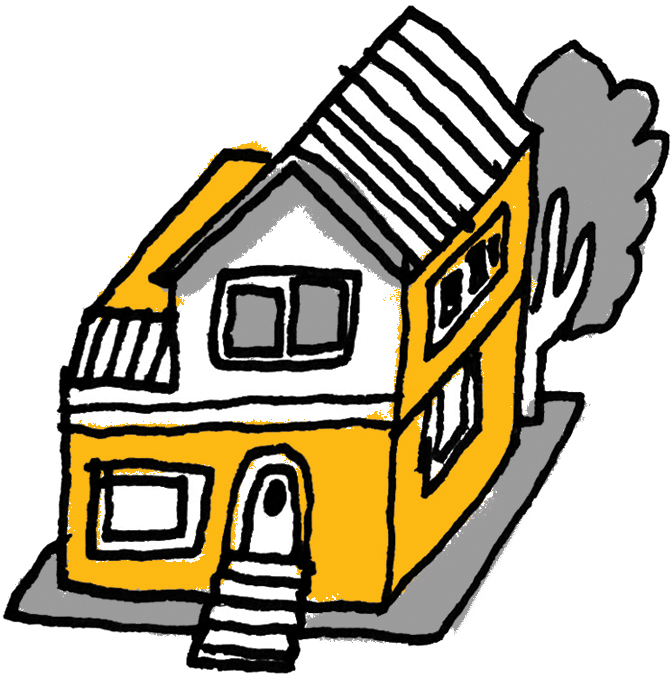 The Sidewalk issue and all accessibility features
were presented with support from Google.

An archived version of each story
is linked from the table of contents.
Links to transcripts and audio descriptions
are underneath each story 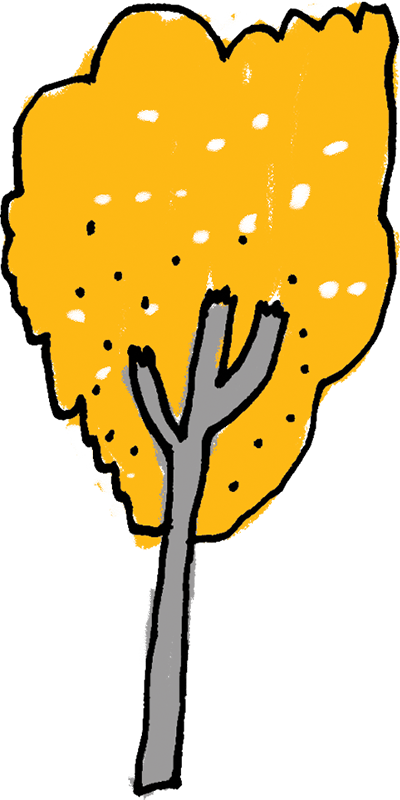 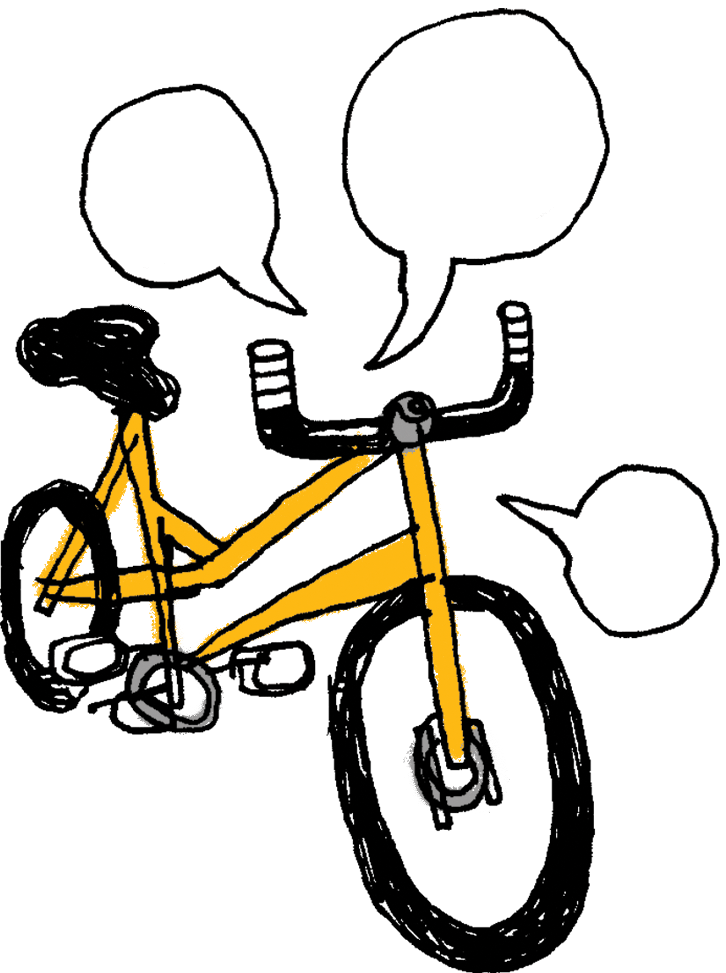 Obie-winning actor Larry Owens stars as a bicycle, in a story that explores internal monologues of time, self-doubt, and belonging familiar to us all. In collaboration with Ian Chillag and Everything Is Alive. 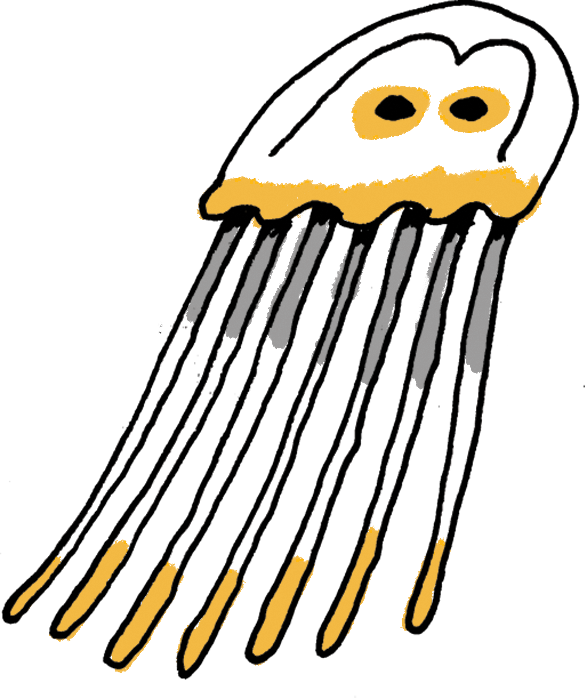 Ways to See a Jellyfish

Artist and author Eleanor Davis (The Hard Tomorrow) considers how we get by (and how we don’t) in a graphic novel of epic scale. 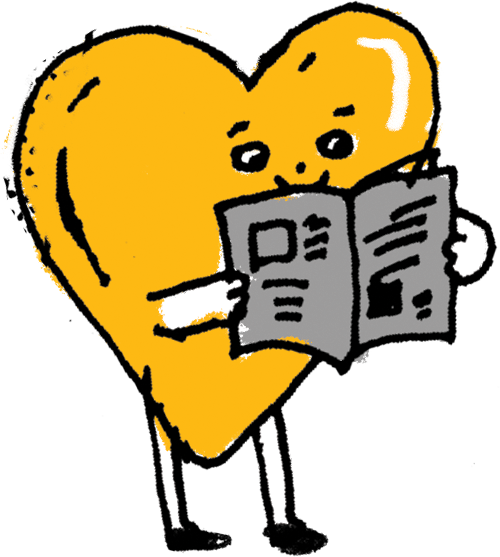 Who Taught You
To Love?

Artists and writers Hank Willis Thomas, Christine Sun Kim, Brit Bennett (The Vanishing Half), Tommy Orange (There, There), and many others share stories of love and creativity in a beautiful print collaboration with the artist-led collective For Freedoms. 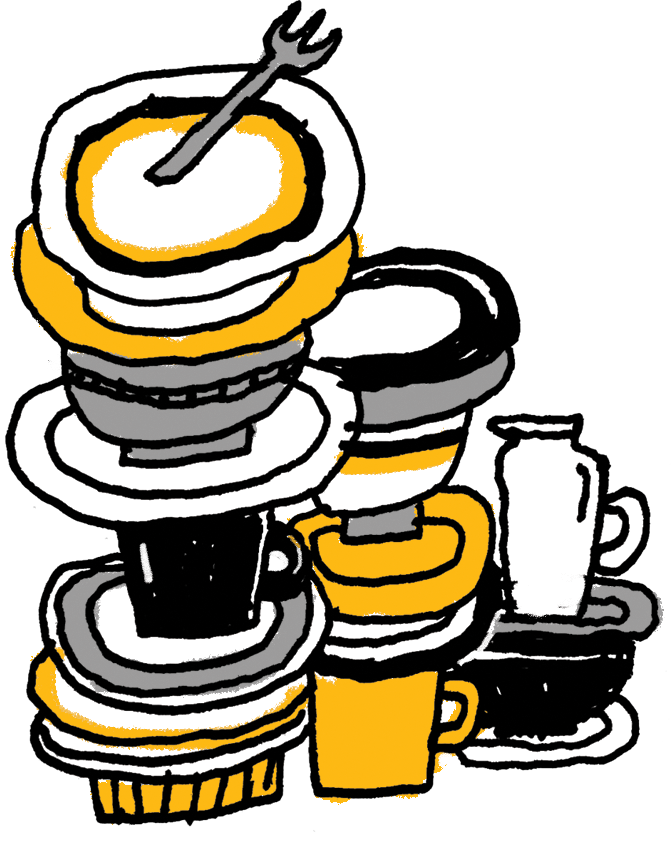 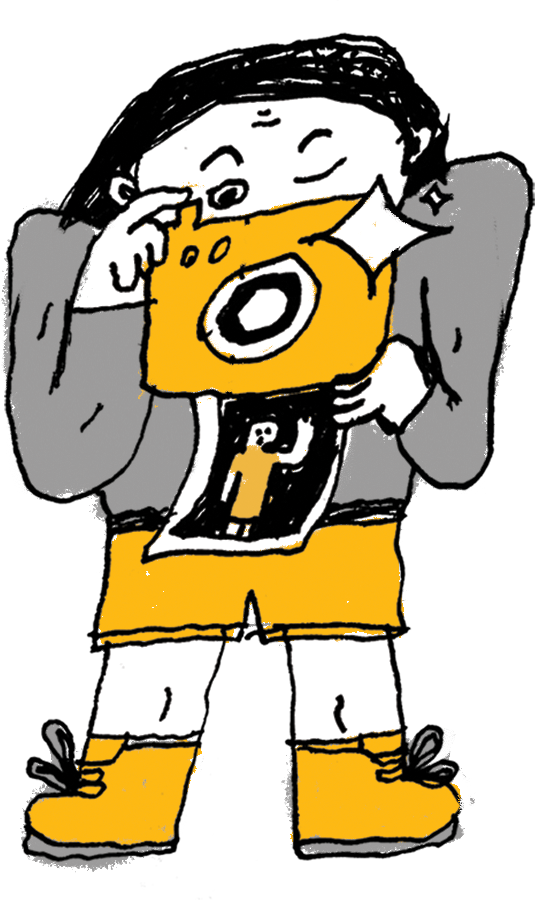 Jason Barnes is a passionate drummer who lost his arm at the age of 22. Jason went on to co-develop one of the most advanced prosthetic limbs in the world using Google’s open source machine learning platform, TensorFlow. Today Jason is living his dreams as a working musician, and developing technology that will help others live theirs.

Discover a playlist of Jason’s favorite artists
plus original music. 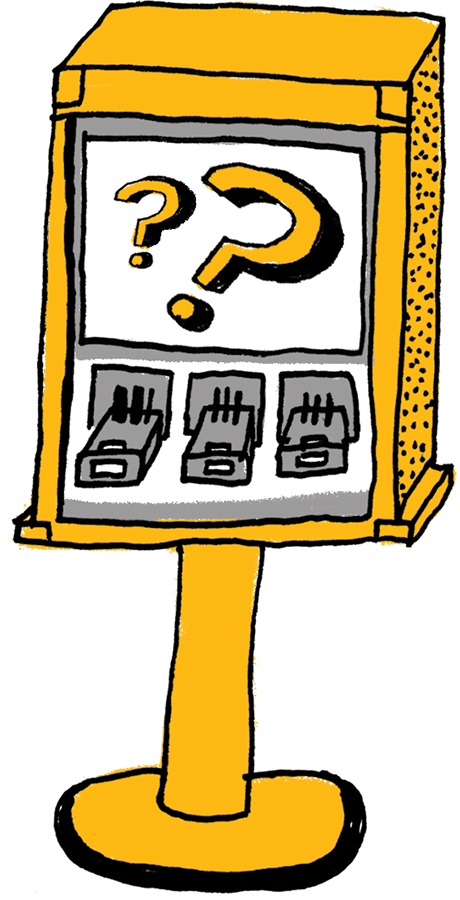 Where Do We Go
From Here?

Artists Diana Ejaita, Molly Mendoza, Chanel Miller (Know My Name), Nathaniel Russell, and Jillian Tamaki (This One Summer) tackle the question on all of our minds, in a fun take-home format. 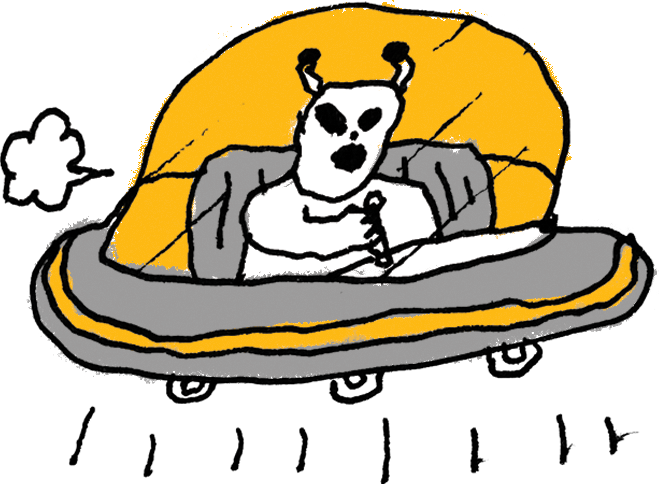 Bring headphones or earbuds
and a handful of quarters! 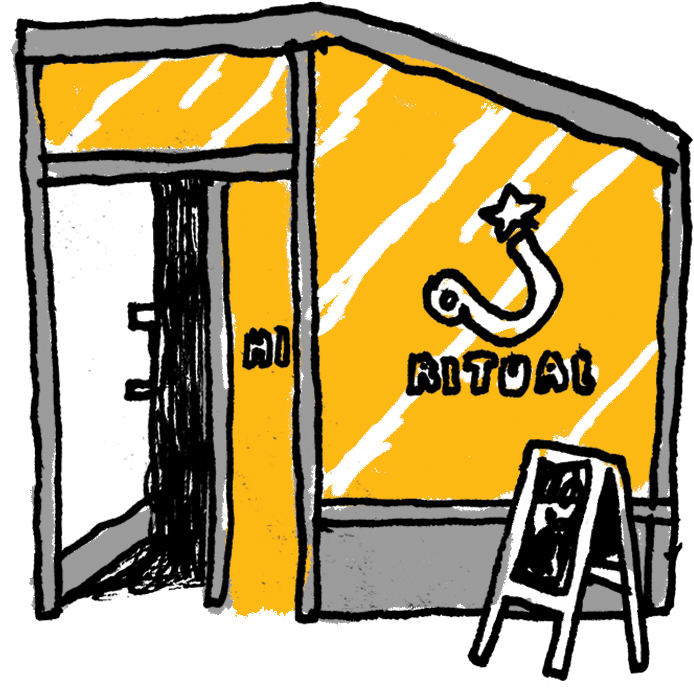 To get started, pick up a map at Ritual Coffee Roasters, located at 432b Octavia St. in Hayes Valley, or use the digital map to explore the Sidewalk Issue in SF.

To get started, pick up a map at the Ace Hotel Downtown Los Angeles, located at 929 S. Broadway St., or use the digital map to explore the Sidewalk Issue in DTLA.

Who Taught You to Love?
The Blackstone, 901 S. Broadway St.,
In collaboration with POP DTLA
yellow newspaper box

Where Do We Go From Here?
ilcaffè, 855 S. Broadway St.,
yellow art-dispensing machine

To get started, pick up a map at the BAM Fisher lobby, located at 321 Ashland Pl., or use the digital map to explore the Sidewalk Issue in Fort Greene.

Get on the list to hear about new issues and our live touring show, and become a member for early access and exclusive story experiences. 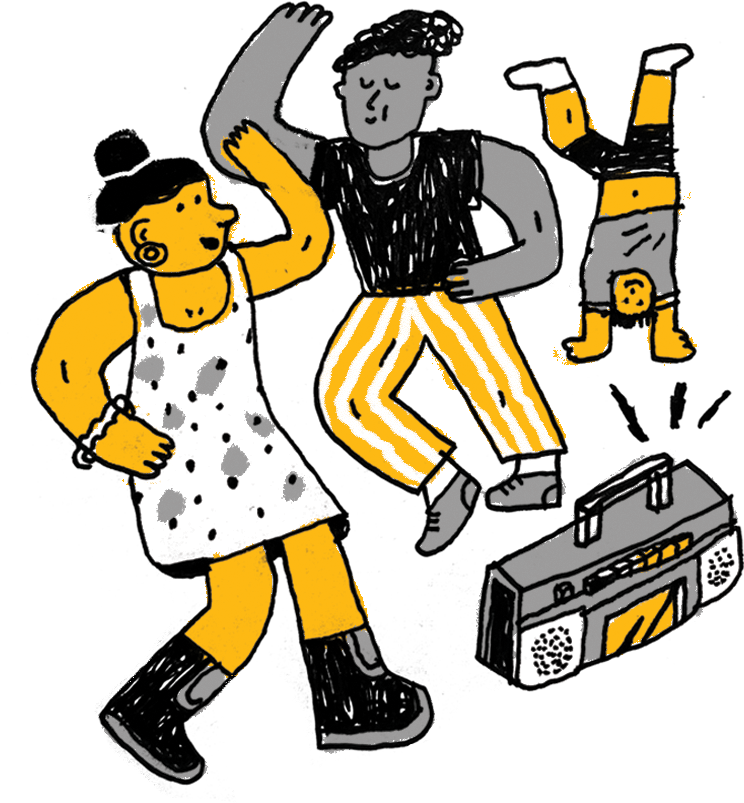 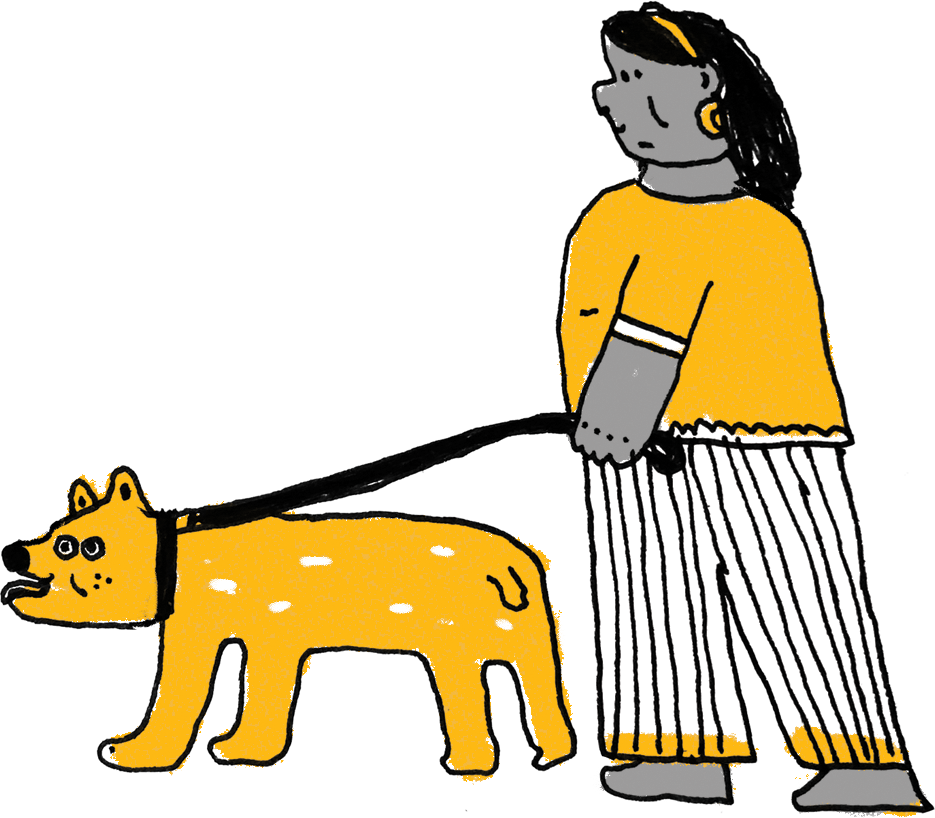 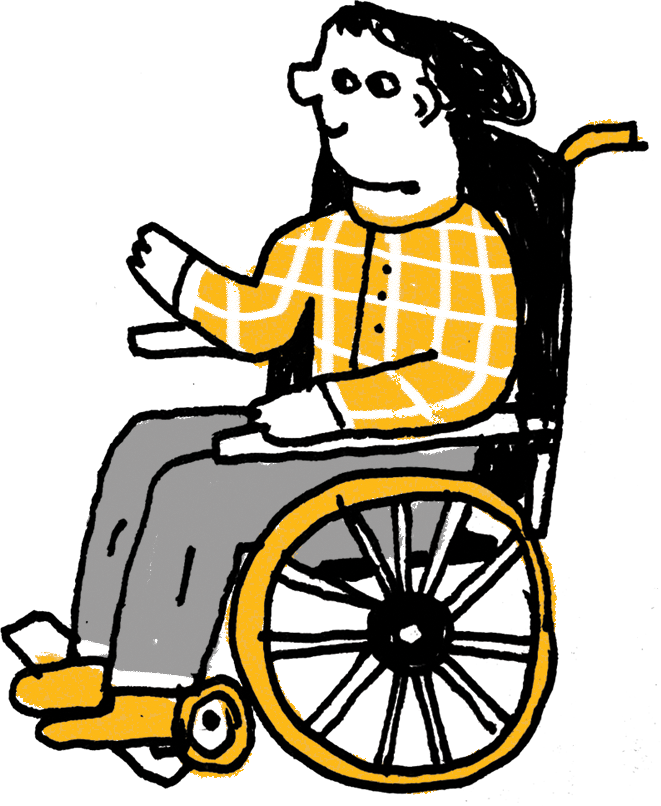 Technical issues? Lost a quarter?
Send us a note at hi@popupmagazine.com
and we’ll help you out. 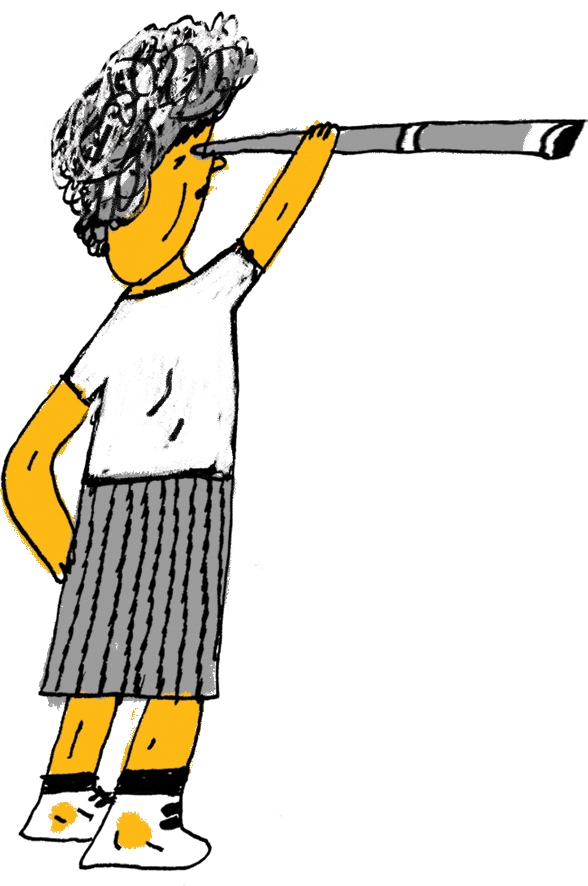 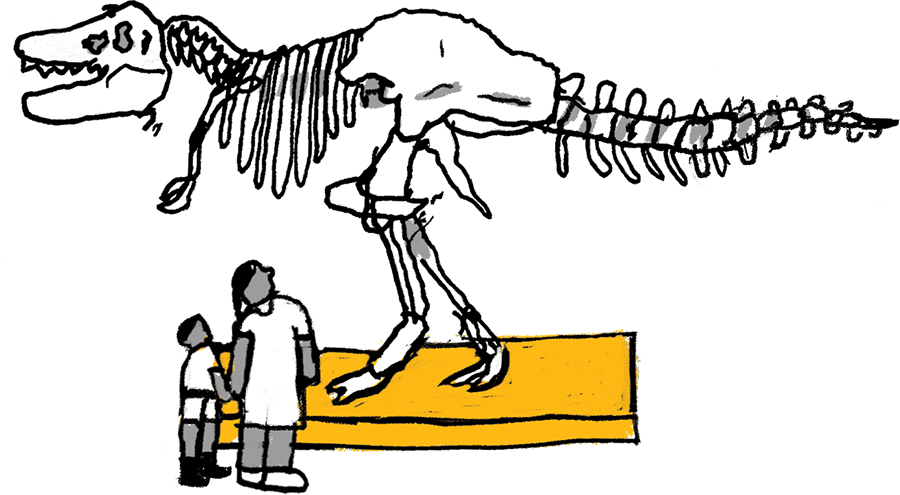 Produced with support from

Be the first to hear about new issues
and our live tour.