In a year when so much was strange and hard, one thing felt almost normal. Going outside. For some of us, accustomed to the woods or the mountains or the beach on a Saturday morning, nature has been a rare constant from the time before masks and distancing and everything else. For others of us, it was something new. A revelation, even. Walking everywhere. Making plans at a park the way we used to pick a restaurant or club. Living in the environment in a new way. We created Field Guide for everyone.

We invite you to listen.

We’ll take a walk together and hear stories about water, trees, and the night sky.

And we invite you to look.

We asked an eclectic group of artists to explore these surroundings with you. We hope they’ll inspire you to notice things we can take for granted: the colors on a morning walk, the beauty of a moonlit sky, the flow of water to the ocean, or the sounds of a busy street. And also to think about how our lives interact with the natural world: a jug of water in the desert that quenched a migrant family’s thirst, a river that made ancestors feel close, or the stars that guided a sailor far from home. 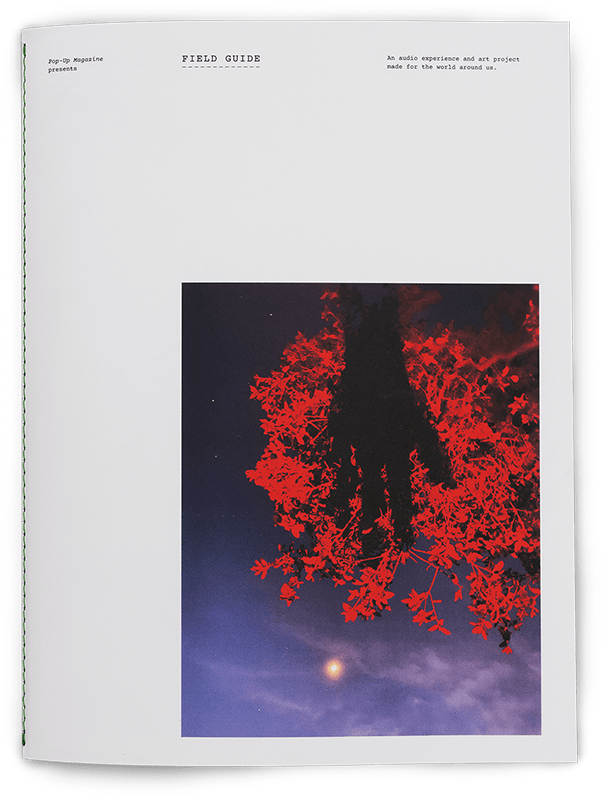 For the full experience, grab your phone and your headphones, throw the book in your backpack, and get out — explore.

Thanks for taking us along.

Sam Youkilis walks the streets of Mexico City. Dionne Lee finds colors all around us. 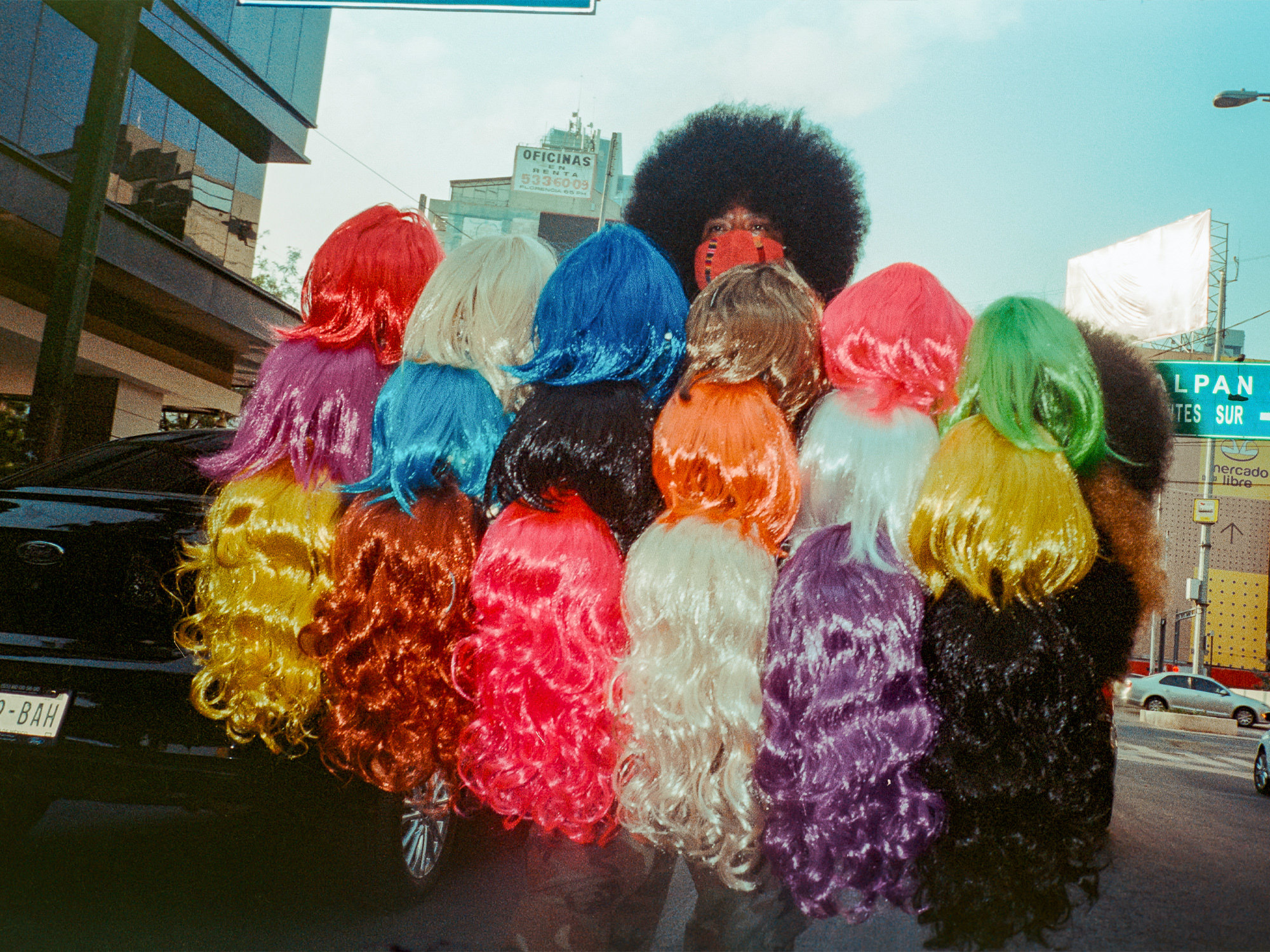 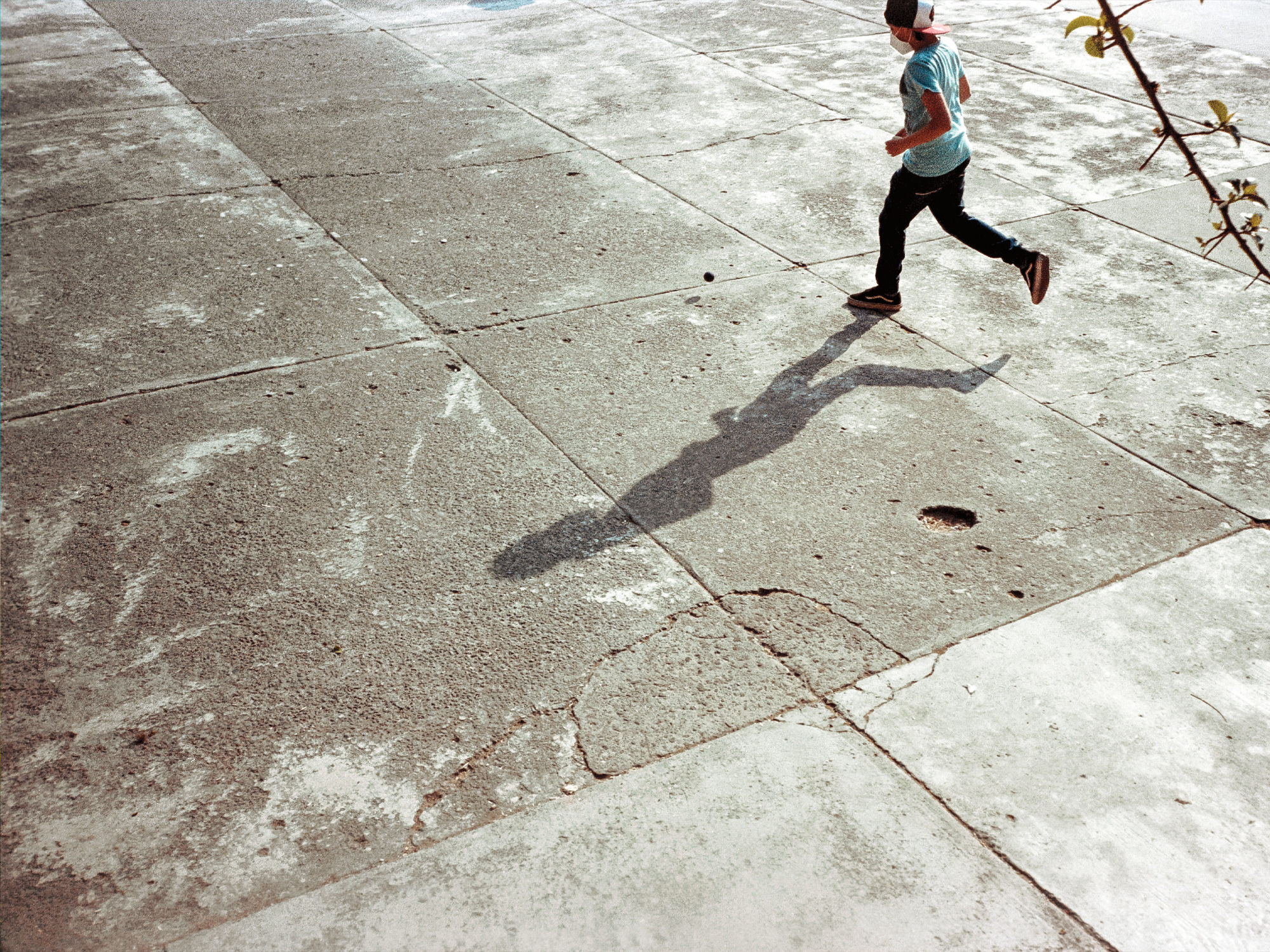 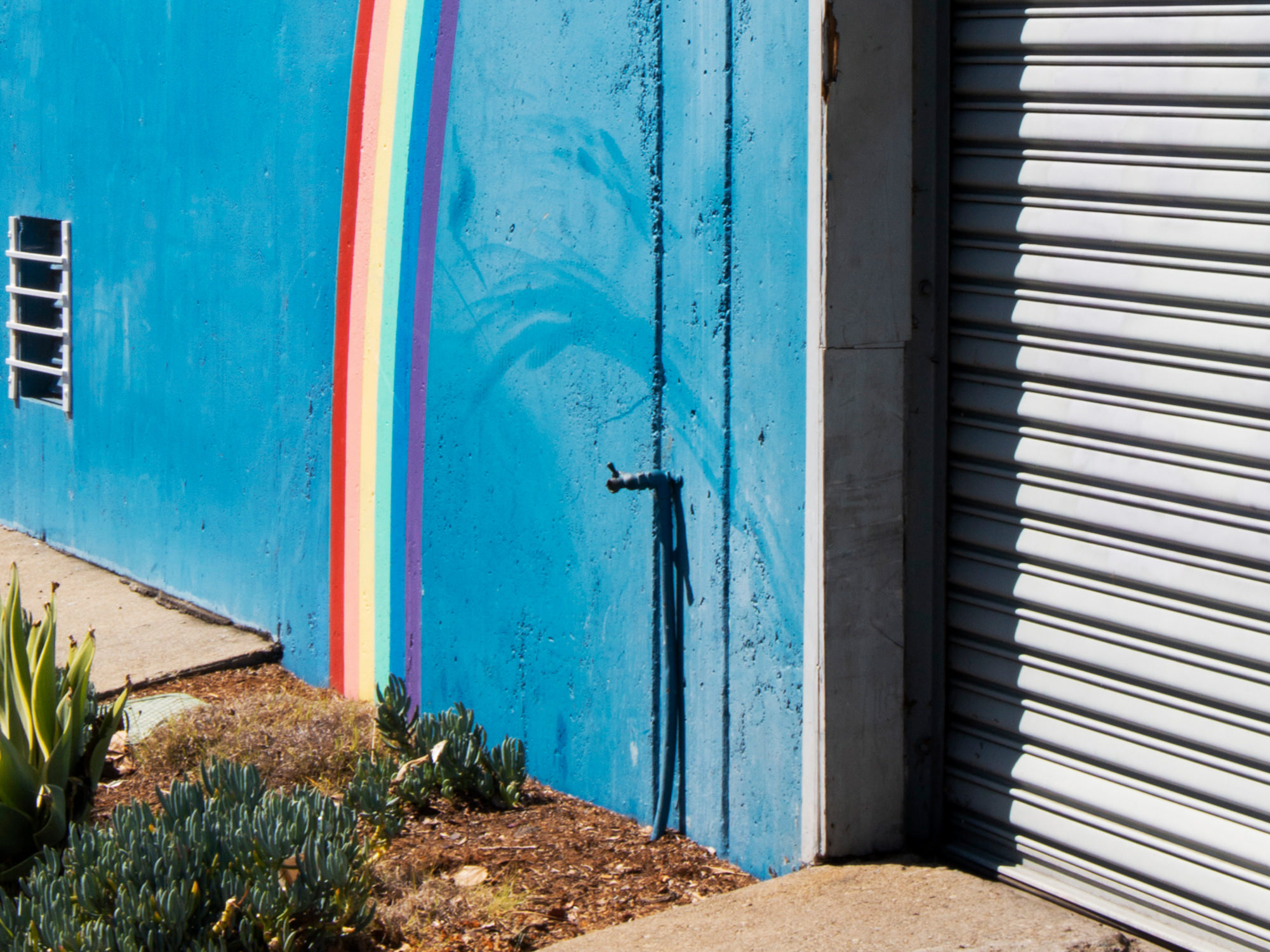 What does water mean to you? Author Bonnie Tsui (Why We Swim), actress Joy Bryant, submarine pilot Erika Bergman, figure skater Elladj Baldé, 85-year-old synchronized swimmer Barbara Eison-White, professional mermaid Olivia Gonzales, and more share stories about the many ways water influences our lives. We recommend listening outside, near water if you can. Head to the ocean if you’re on the coast. Or walk to a nearby pond or creek. Sit by a fountain at a park. Or just pour yourself a glass of water.

Richard Misrach shares never-before-seen images from the U.S.–Mexico border. Chanell Stone feels the presence of ancestors along the Mississippi River. Will Matsuda follows the path of water from Mt. Hood to the Pacific Ocean. 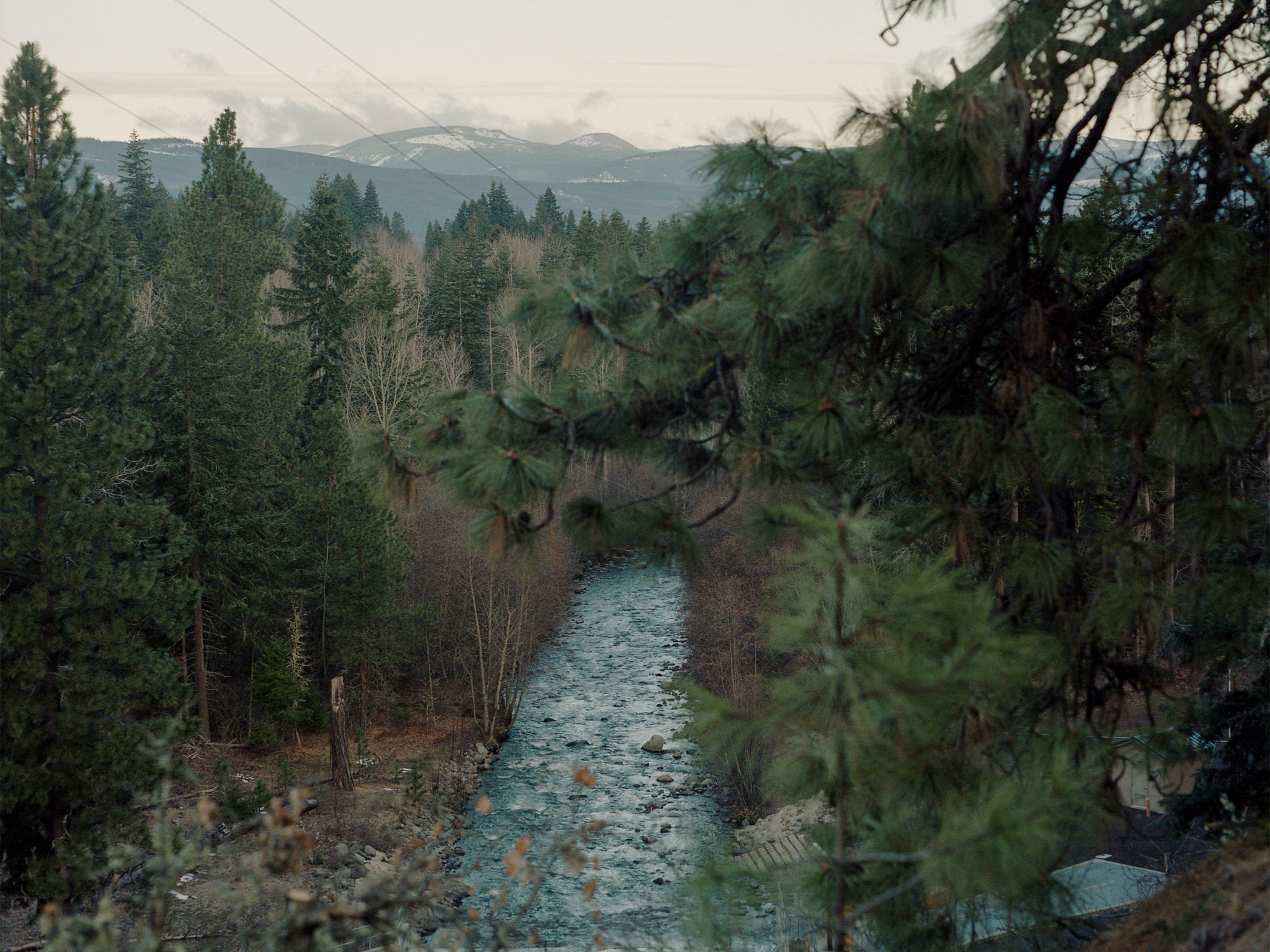 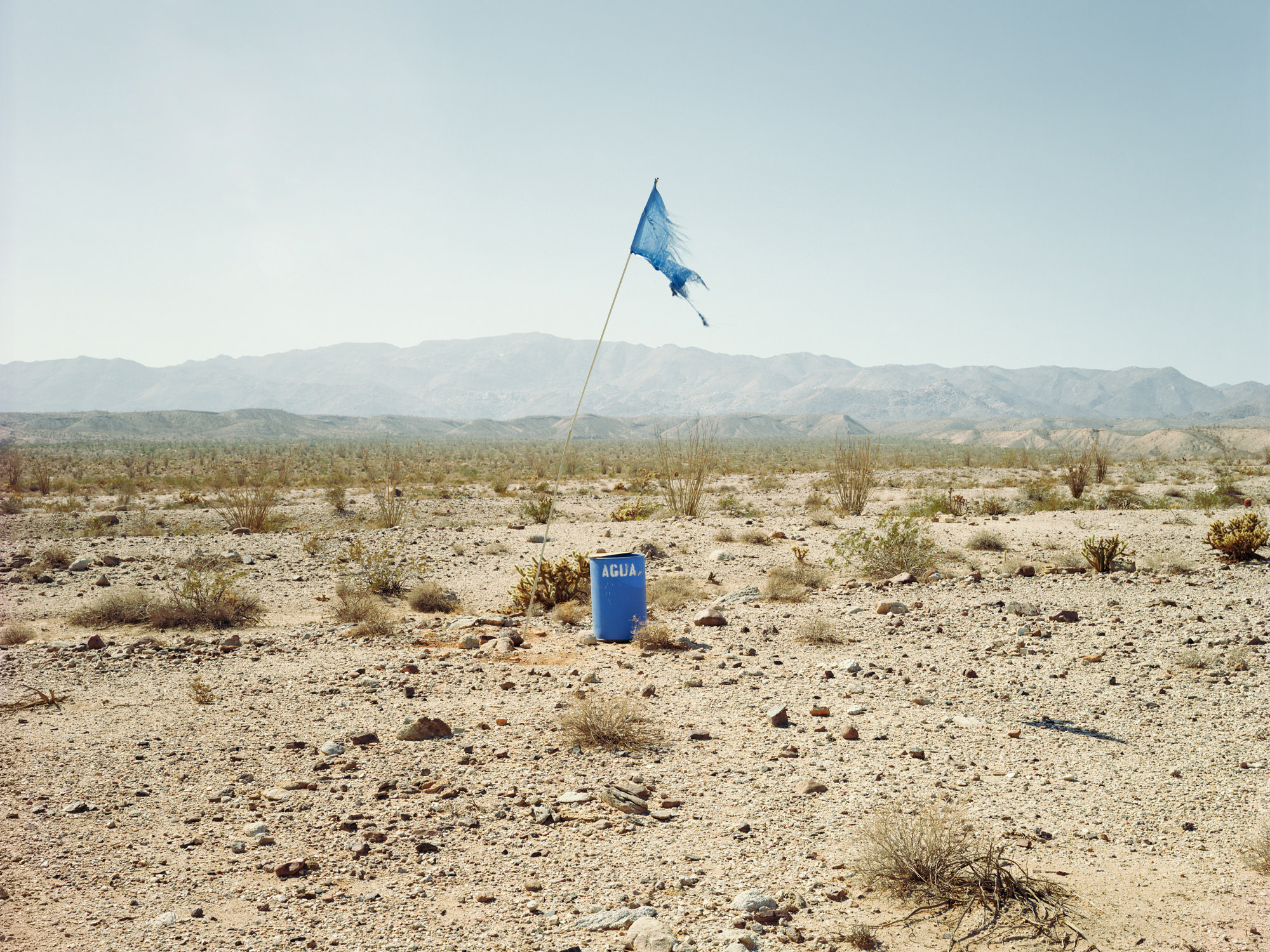 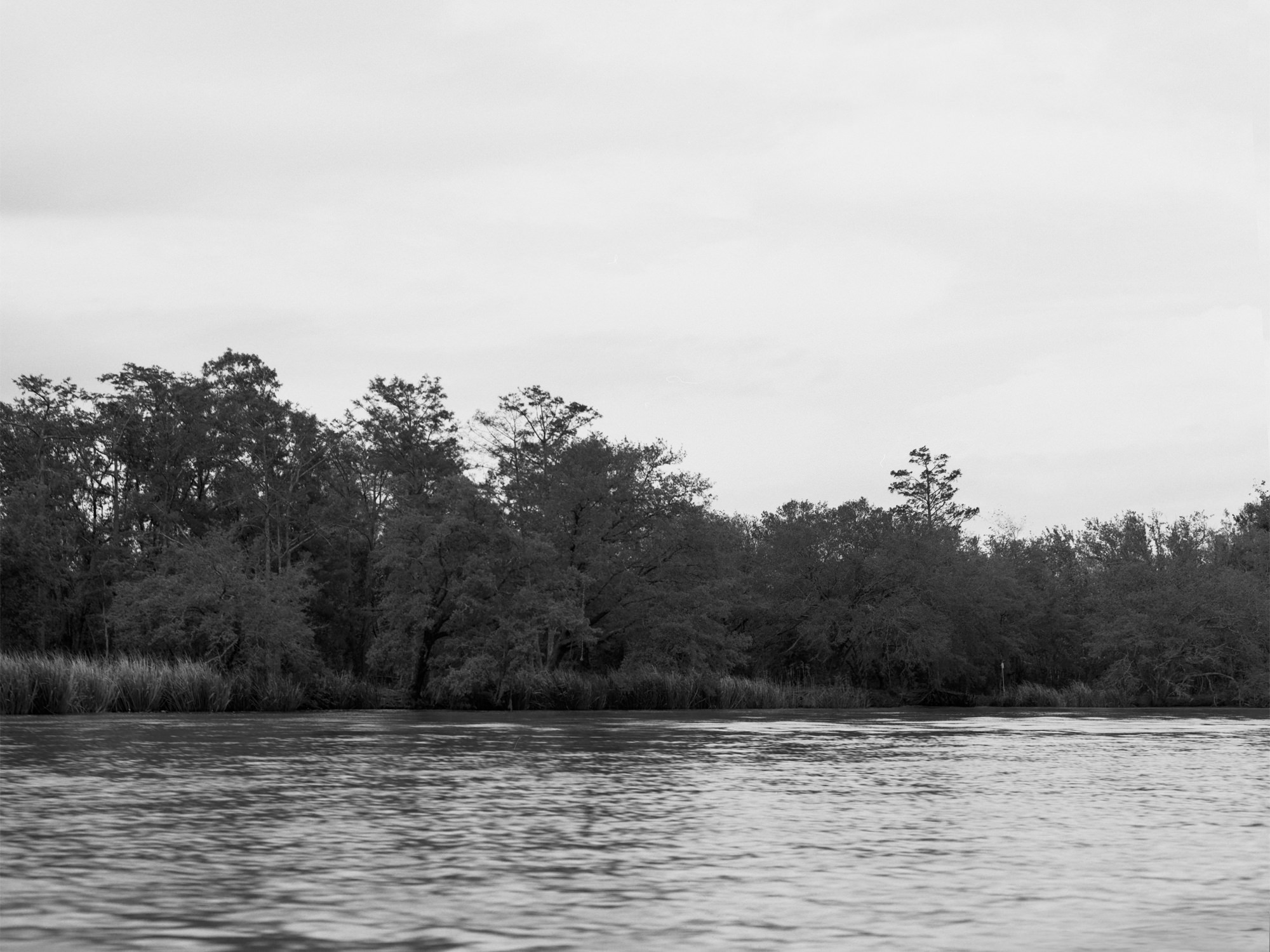 Pop-Up Magazine is a live magazine. When we tour the country, we need Asana like we need phone chargers and late-night tacos. A LOT. We have so many details to keep track of... Stories. Music. Theaters. Hotels.

Asana is a work management tool that puts everything in one shared space, so we see who’s doing what and when. And we can spend our time on what matters: Making a great show.

Visit Asana.com to learn more and try today for free.

Trees can feel magical. And they can teach us a lot about ourselves and our world. In this episode, we invite you to go outside and into the trees. You could find a tree to sit under while you listen. Or take a walk and look at the trees around you — wherever you are. Radio host Molly Webster (Radiolab), author David Haskell (The Songs of Trees: Stories from Nature's Great Connectors), Stanford’s unofficial school mascot, luthier Freeman Vines, Yurok tribal member Rick O’Rourke, author Katherine May (Wintering: The Power of Rest and Retreat in Difficult Times), and more help us meditate on trees big and small.

Ten artists contemplate trees. Rinko Kawauchi wanders through a forest in Japan. Tailyr Irvine takes us to a medicine tree in Montana. Eddie Herena shares his experience of nature after more than a decade in prison. 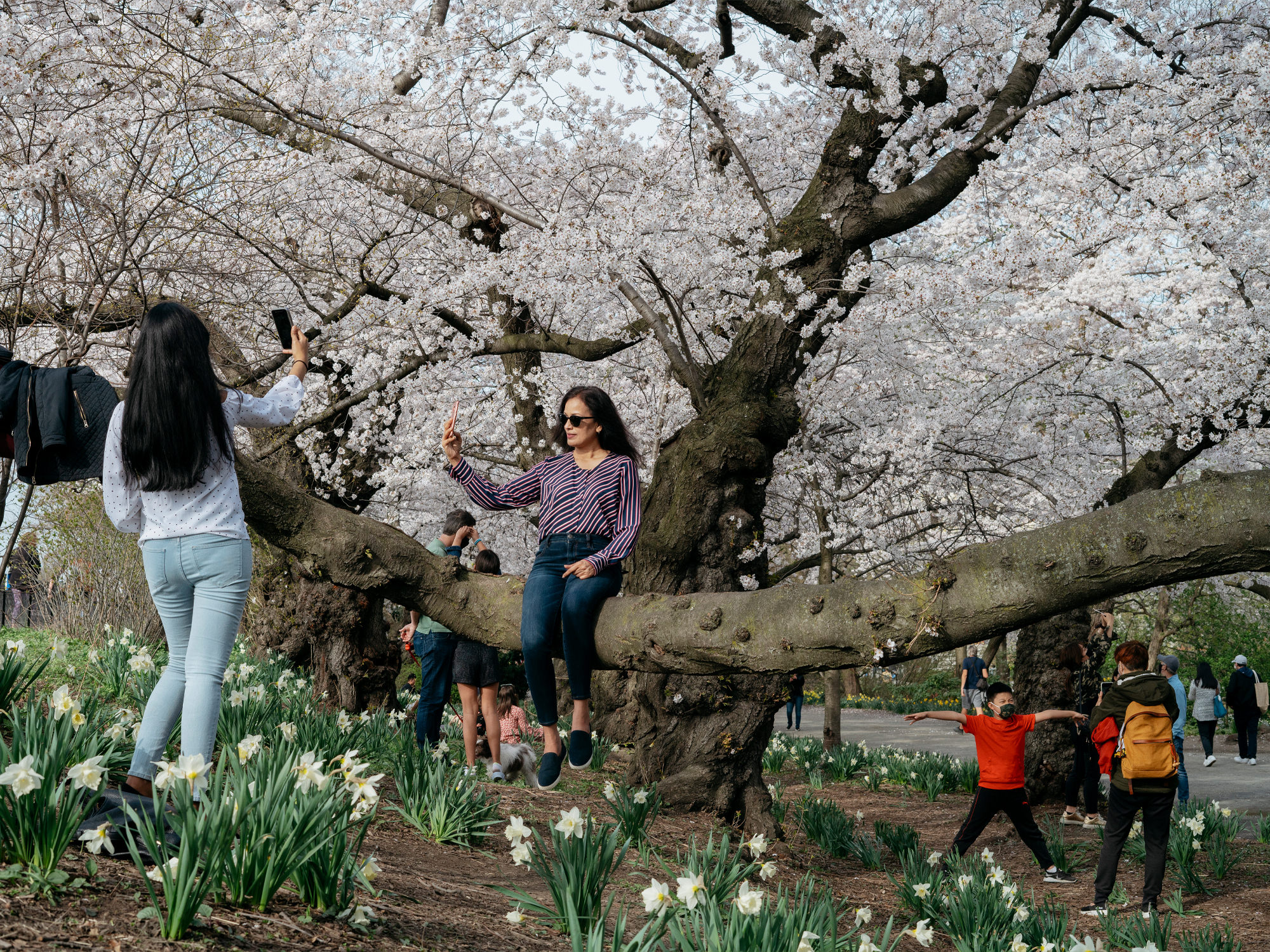 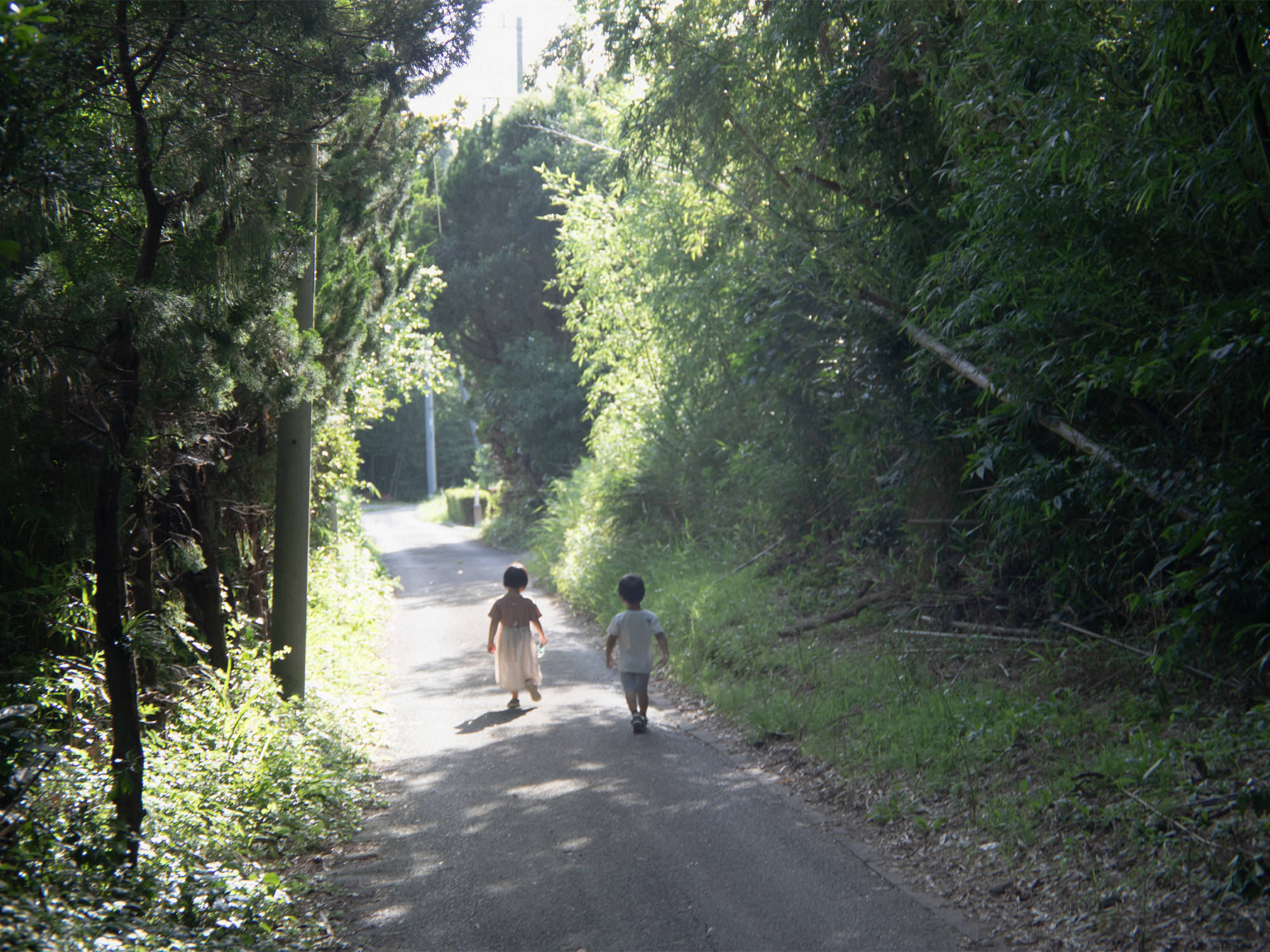 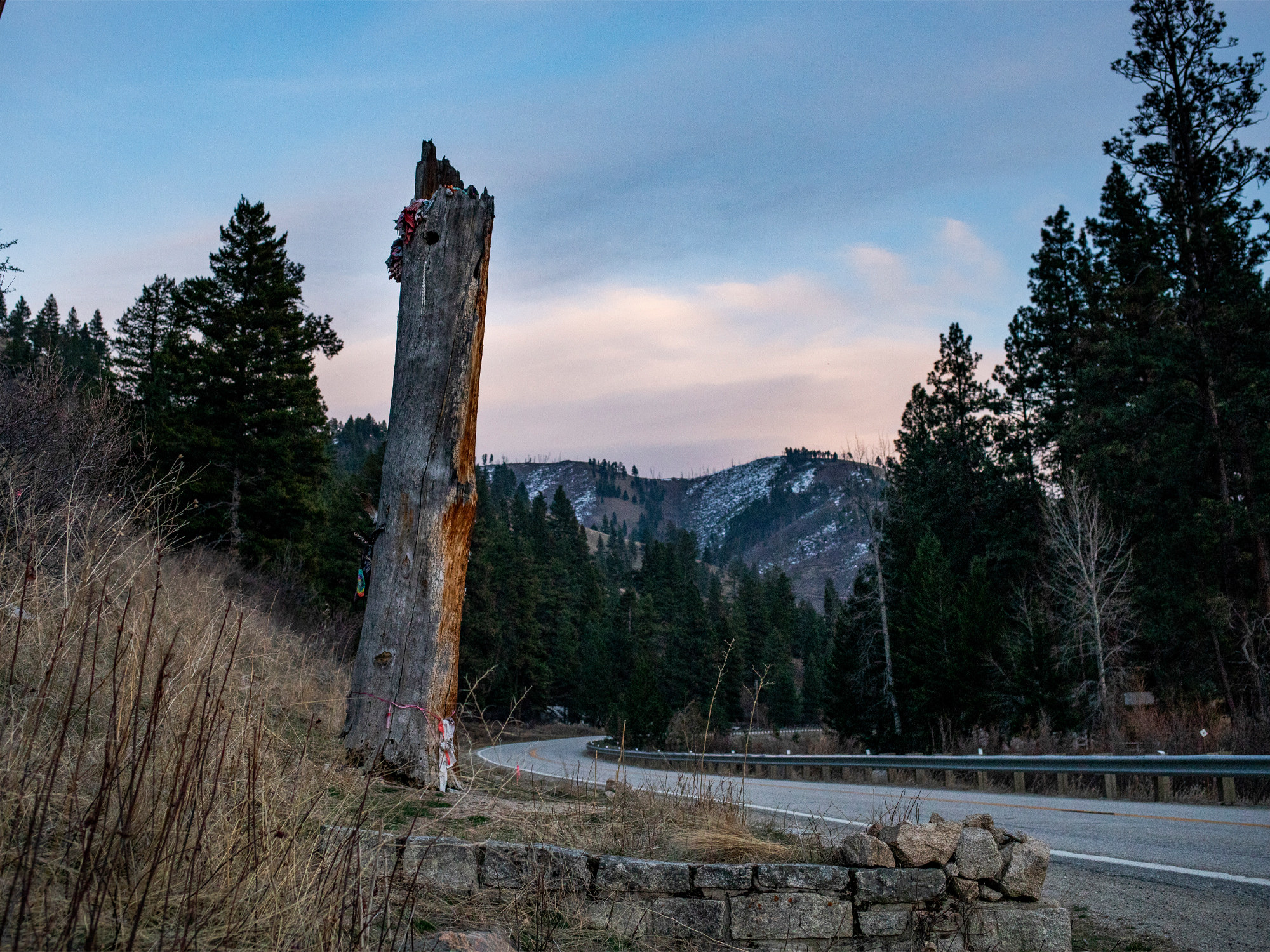 Every night, when the sun goes down and the stars come out, the world completely changes. There are plants and animals that come out only at night. People too. And every night the sky puts on a show. Author Roxane Gay (Hunger), radio host David Greene (formerly of NPR’s Morning Edition), author and comedy writer Bess Kalb (Nobody Will Tell You This But Me, Jimmy Kimmel Live), photographer Evgenia Arbugaeva (National Geographic), an 11-year-old who’s afraid of the dark, and more join us as we explore our mysterious world at night.

Byun Young Geun paints a voyage under the stars; Emily Margarit Mason imagines a flower that opens only when the sun goes down; Aspen Mays captures the deep black of space; Balarama Heller gazes up at the moon. 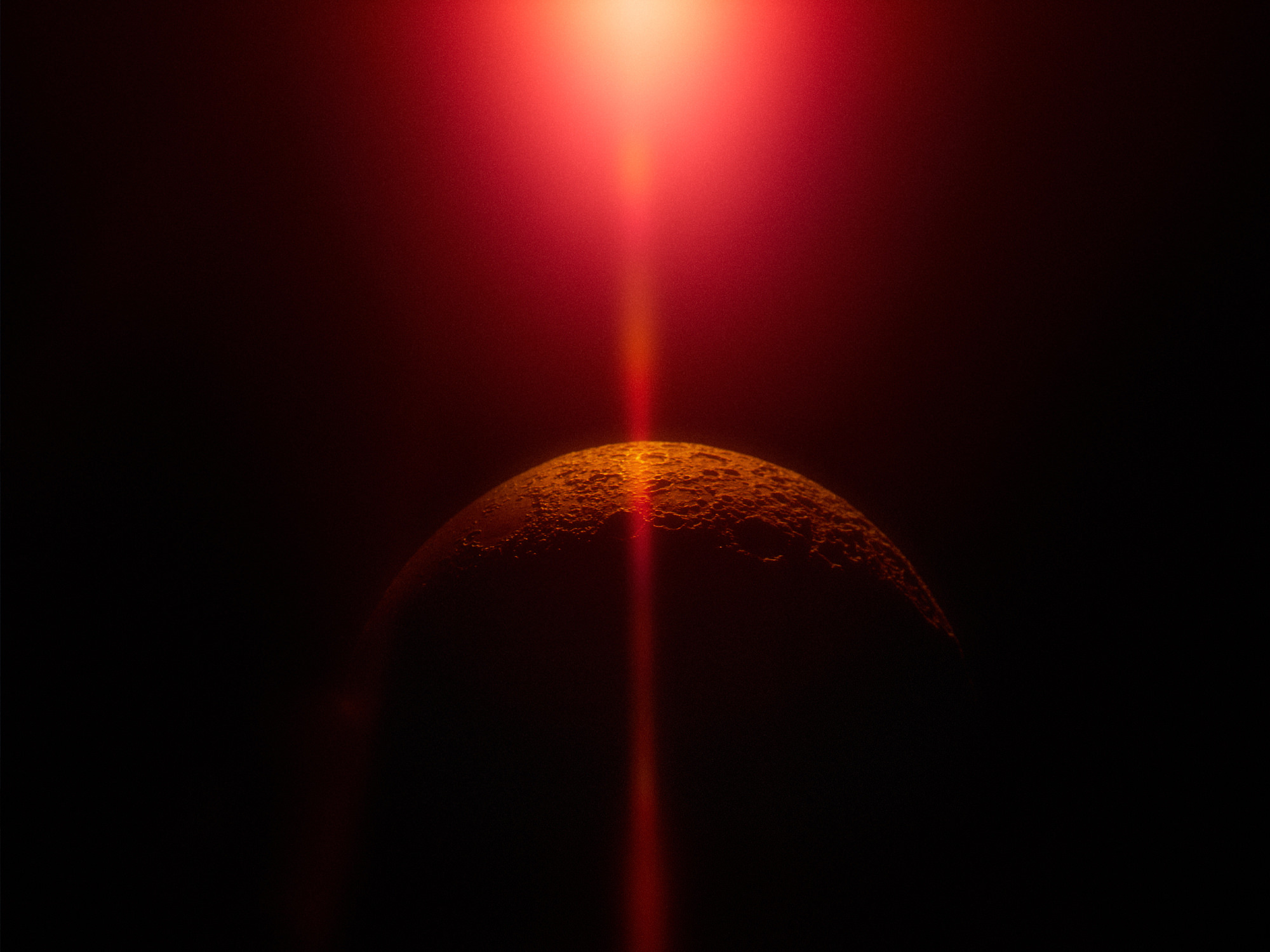 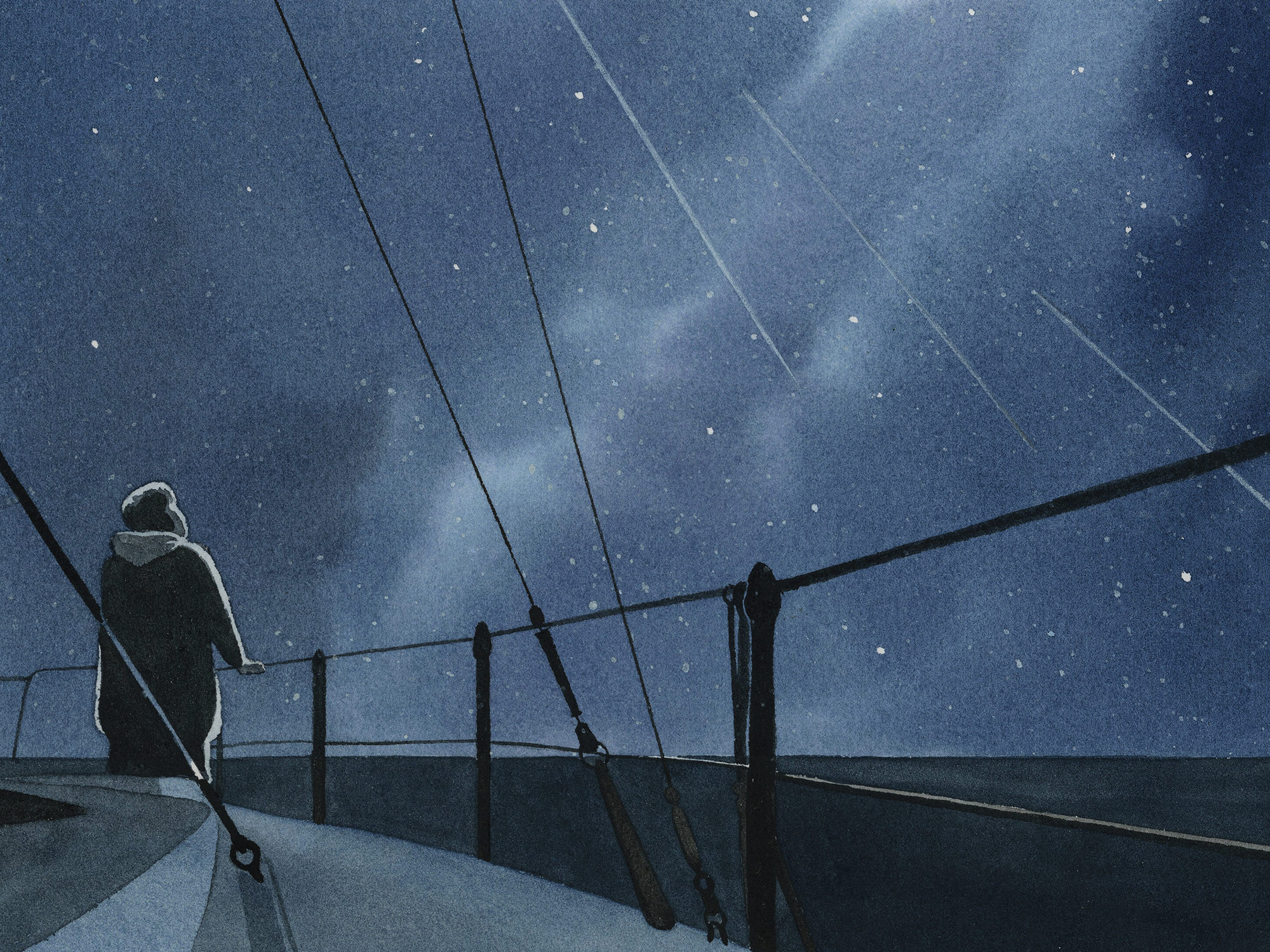 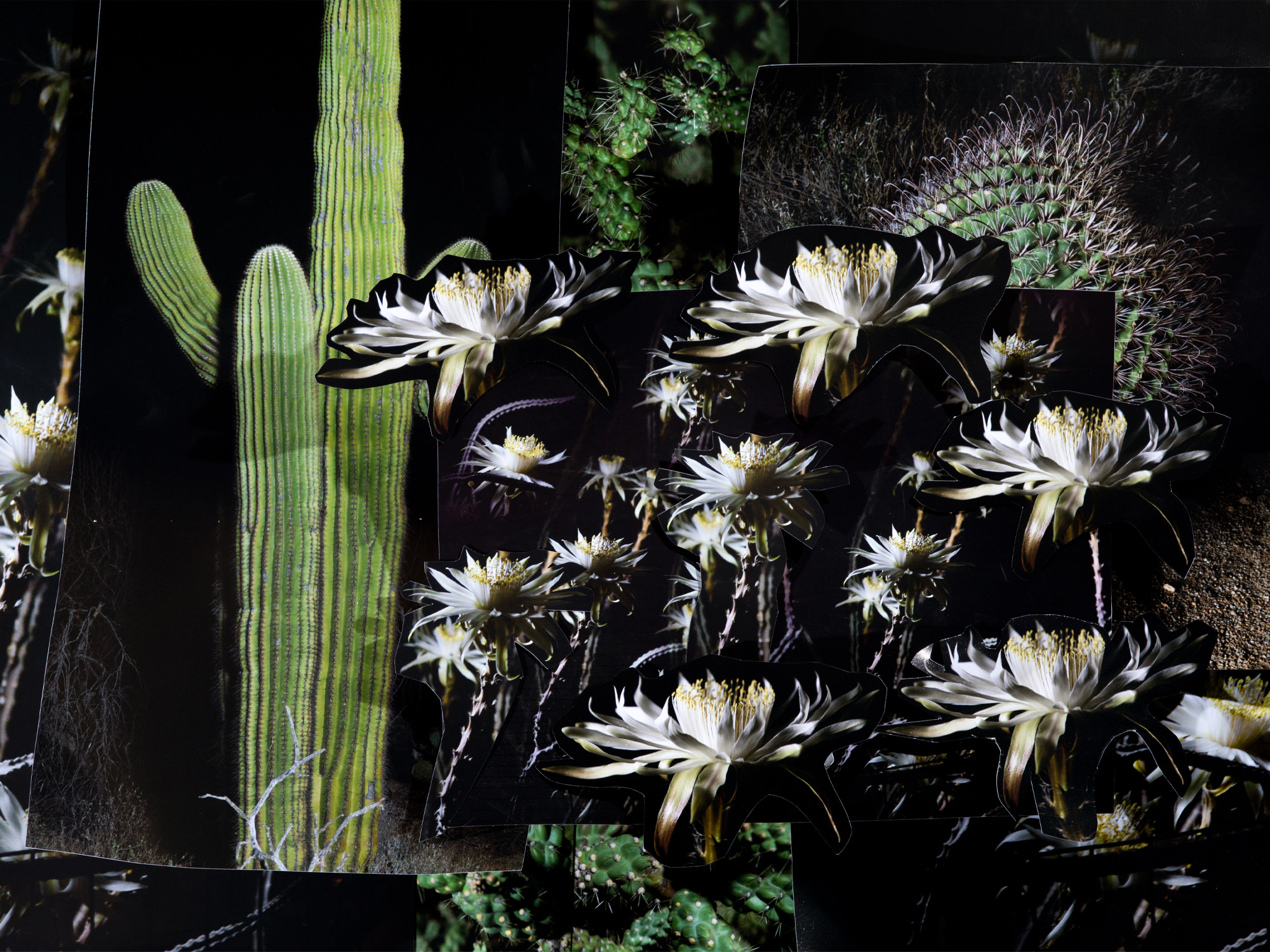 Order July 21! We asked an eclectic group of artists to explore these surroundings with you. Featuring Richard Misrach, Rinko Kawauchi, Chanell Stone, Sam Youkilis, Rose Marie Cromwell, Elle Pérez, Yuko Shimizu, and more. We hope they’ll inspire you to notice the colors on a morning walk, the beauty of a moonlit sky, the flow of water to the ocean, or the sounds of a busy street. And also to think about how our lives interact with the natural world: a jug of water in the desert that quenched a migrant family’s thirst, a river that made ancestors feel close, or the stars that guided a sailor far from home.

We created a special, collectible print edition, too. Get your copy today. 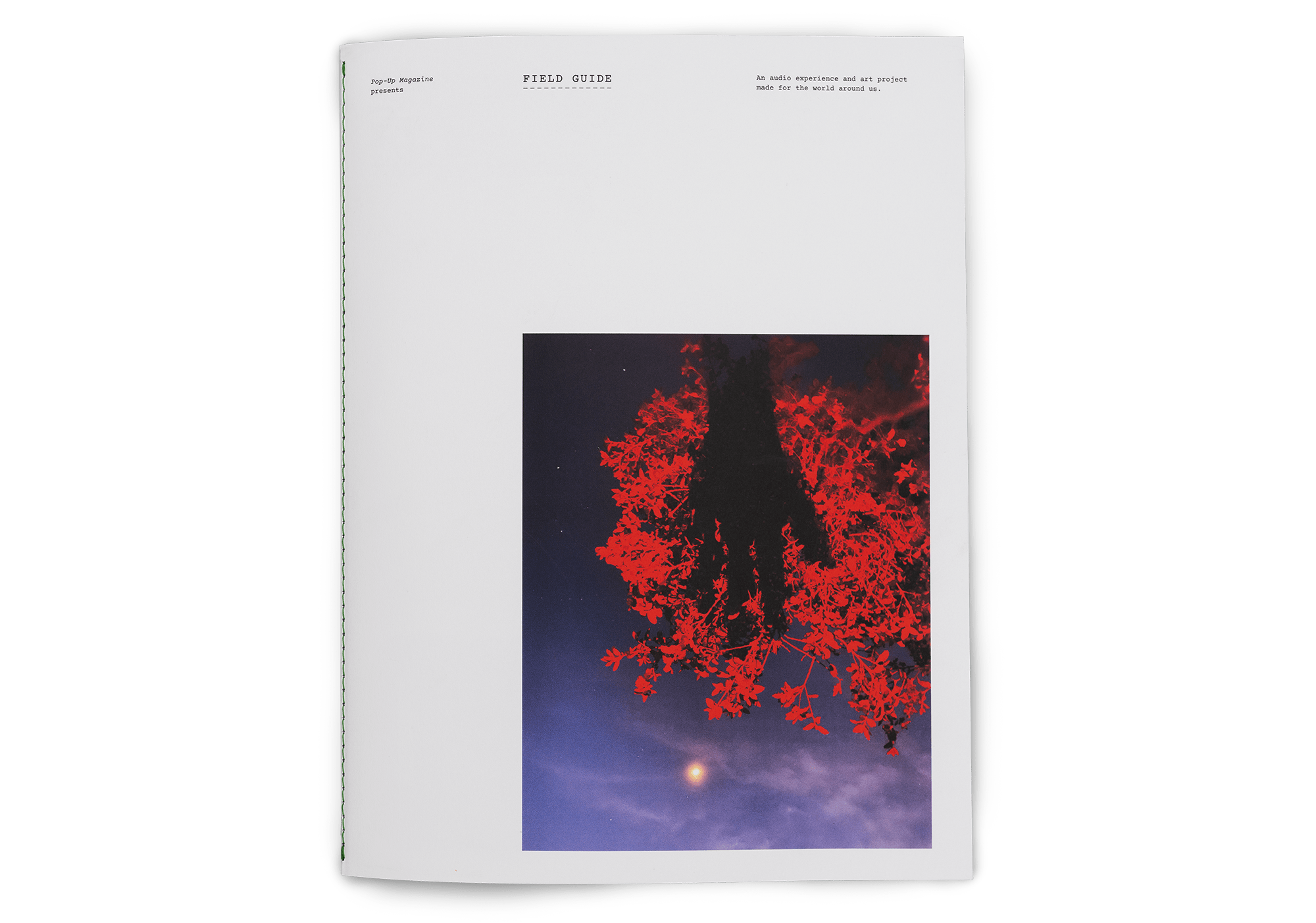 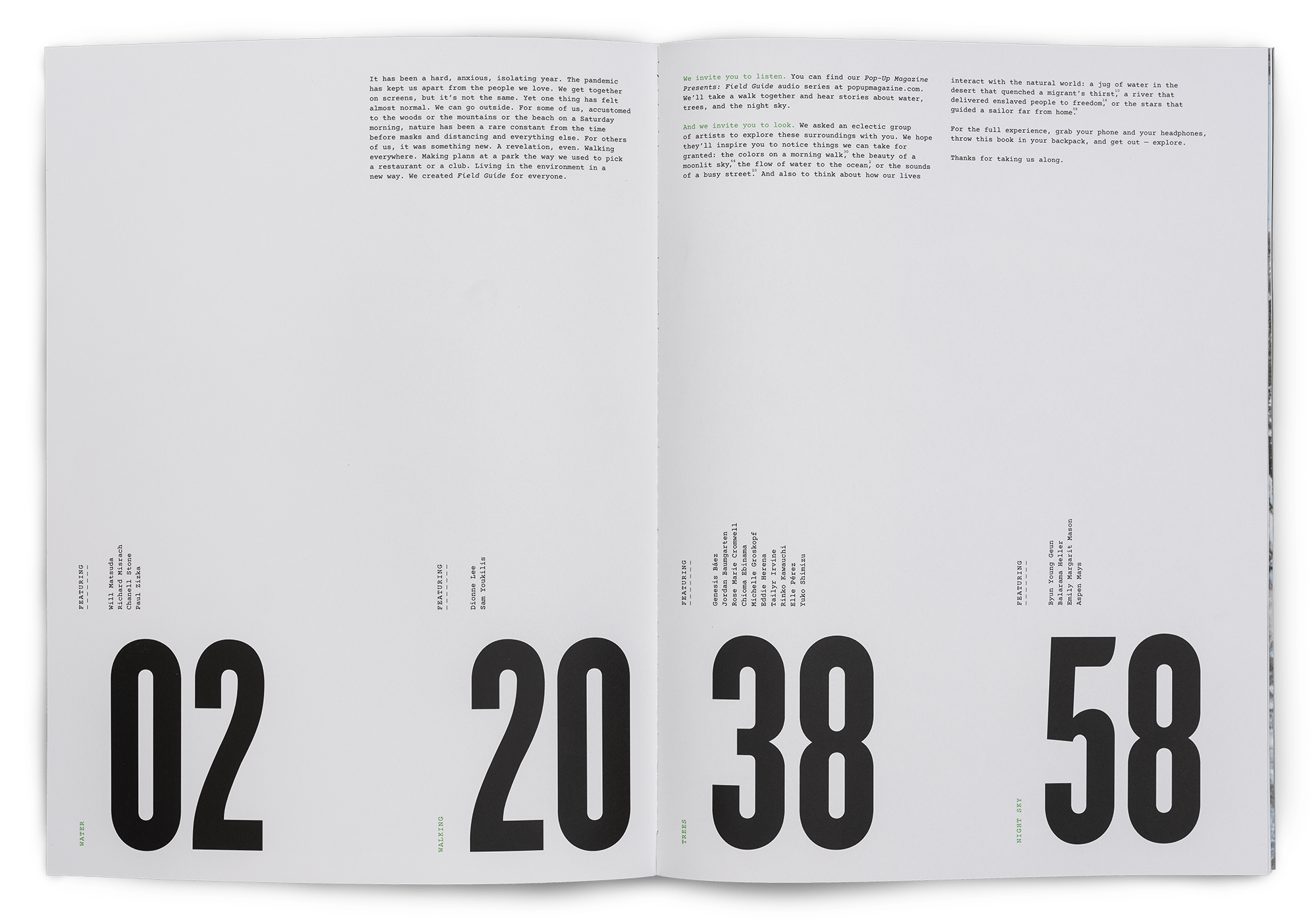 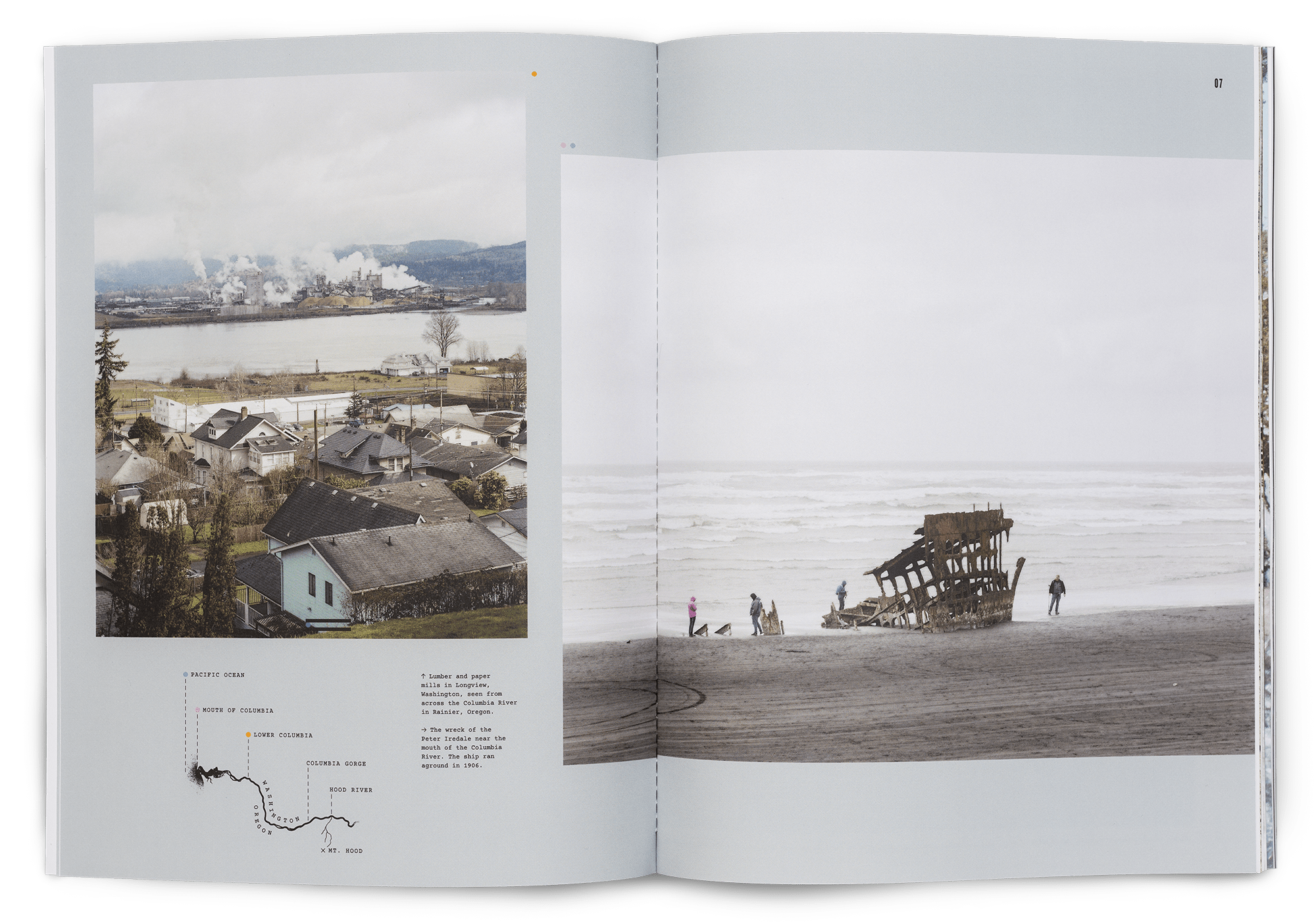 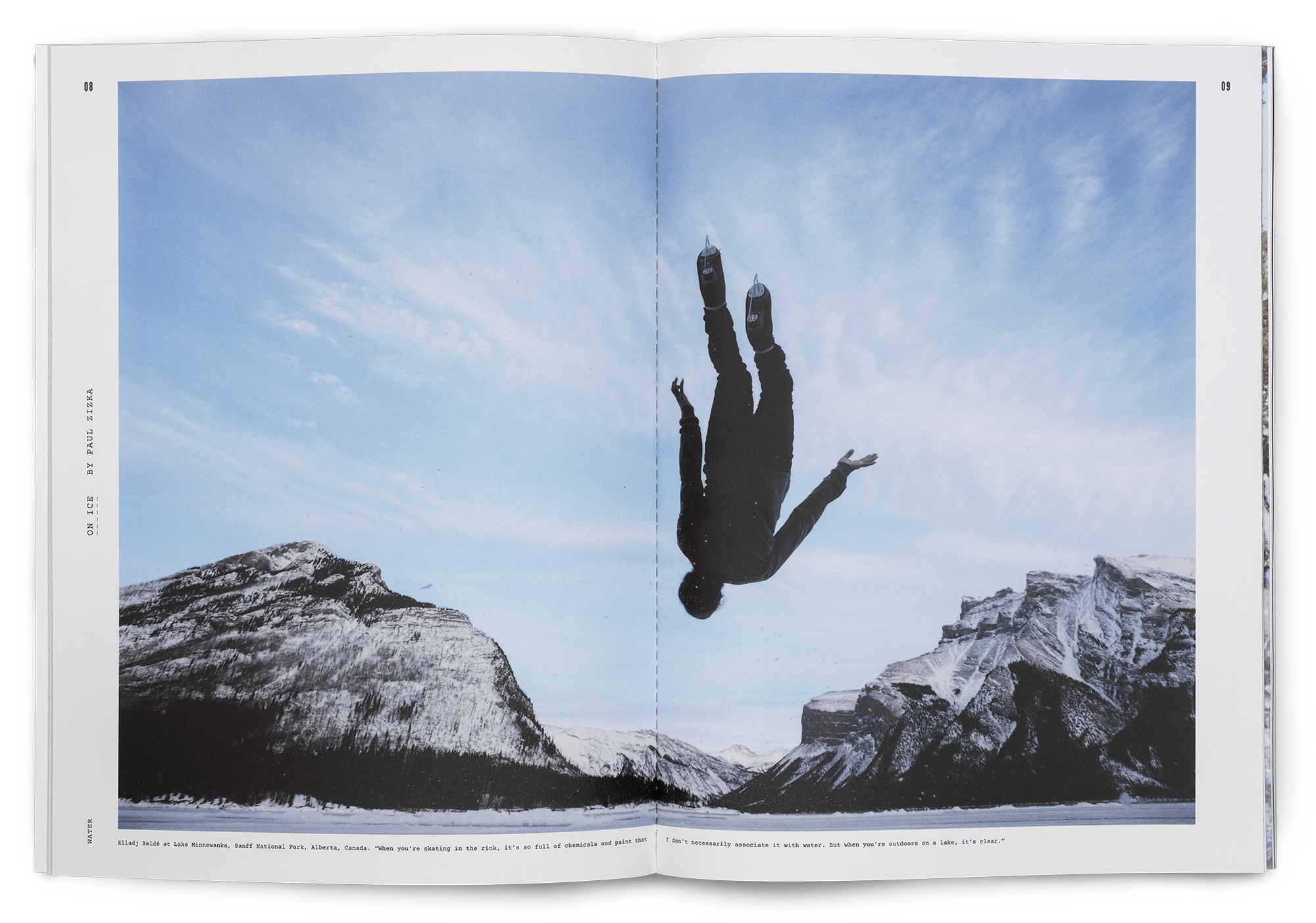 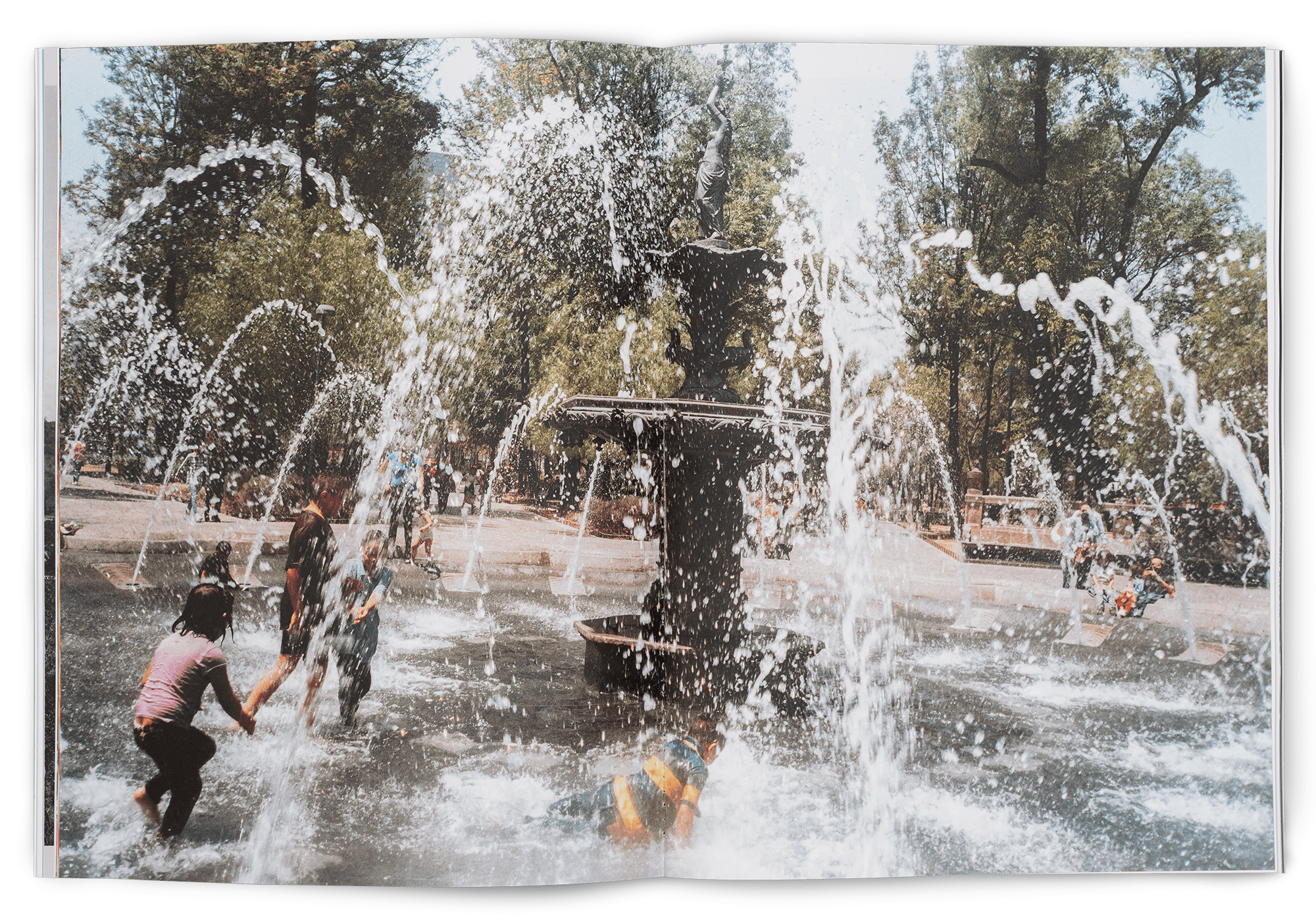 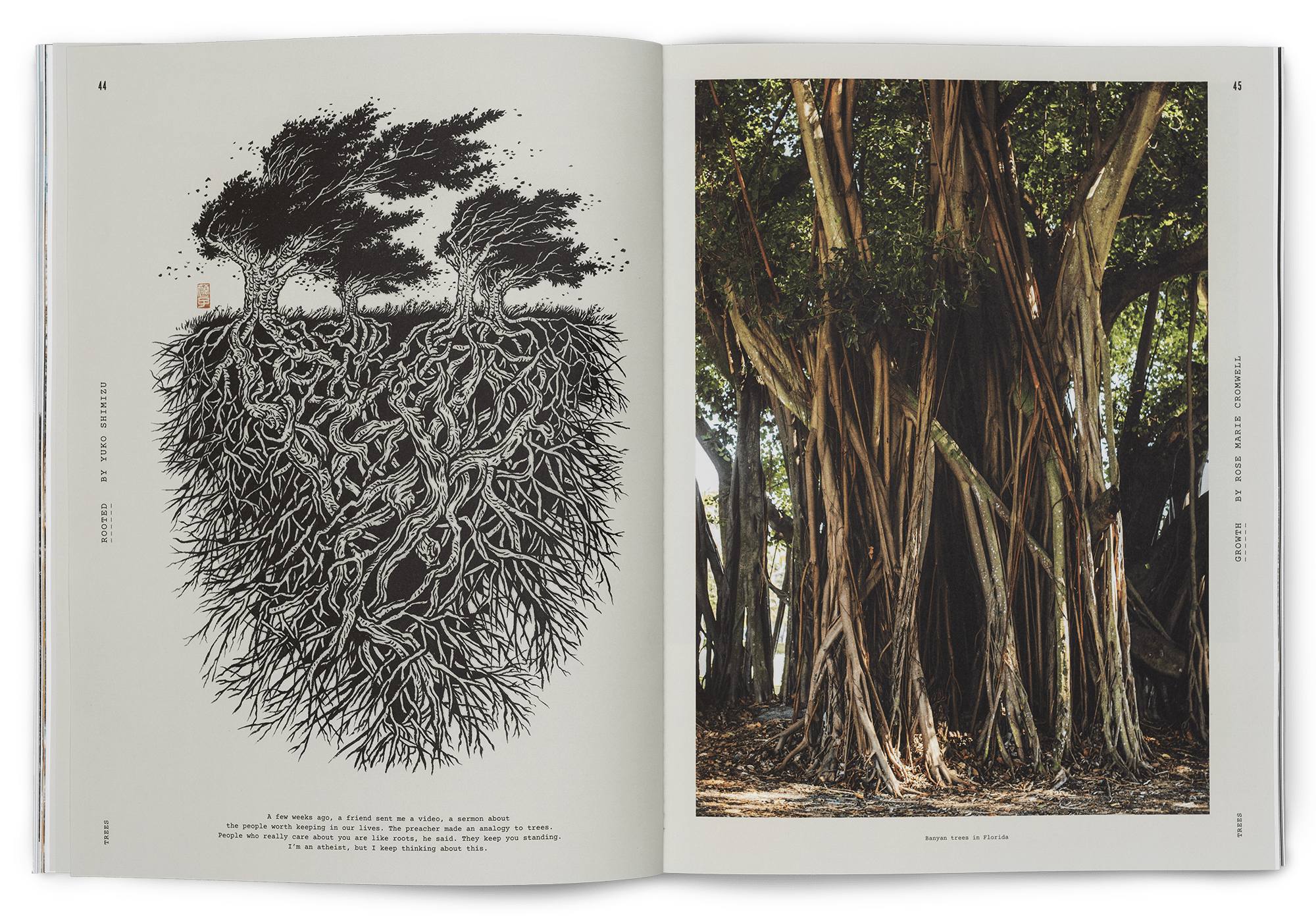 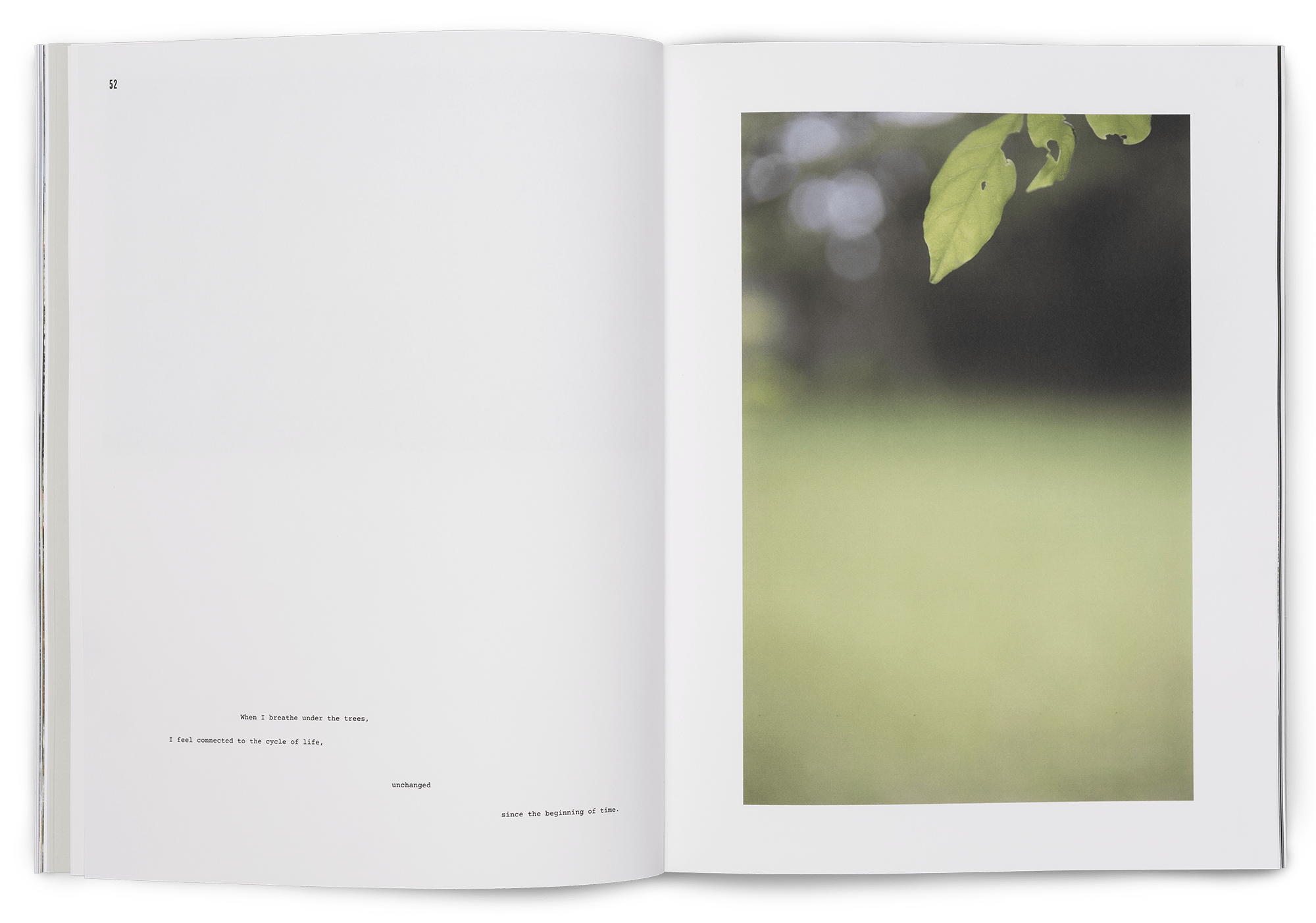 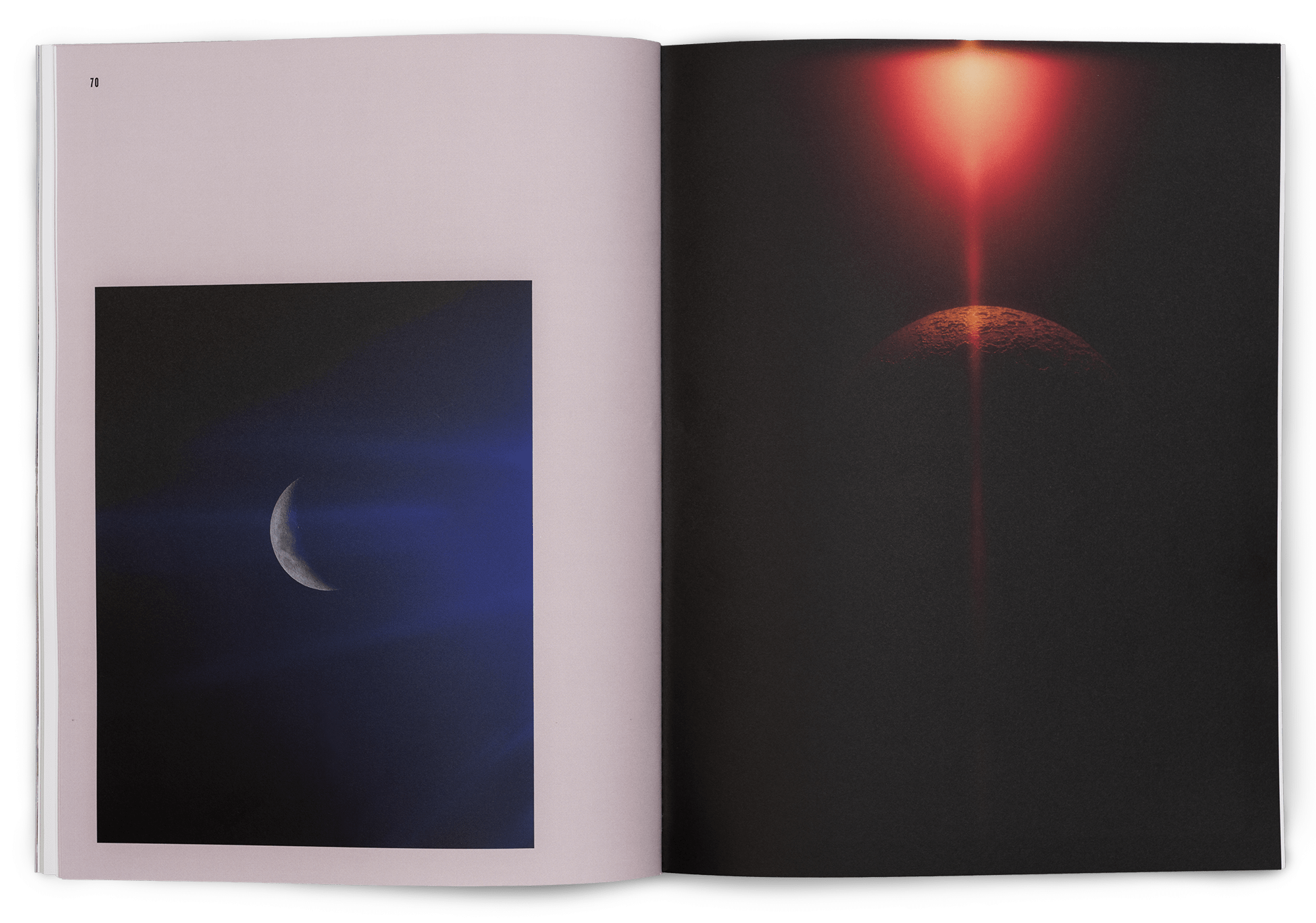 Genesis Báez is a Brooklyn-based artist working with photography and video. Born in Massachusetts, Báez was raised in both the Northeast and Puerto Rico. Báez holds an MFA in photography from the Yale School of Art and is a 2019 alumna of the Skowhegan School of Painting and Sculpture.

Jordan Baumgarten is a Philadelphia-based photographer whose work focuses on love, loss, and the construction and destruction of community. He received an MFA in photography from the Rhode Island School of Design. In 2018, his second monograph, Good Sick, was published by GOST Books.

Rose Marie Cromwell is based in Miami. Her forthcoming book, Eclipse, describes the process of matrescence: the physical, psychological, and spiritual changes of motherhood during the pandemic.

Chioma Ebinama is a Nigerian American artist interested in how animism, mythology, and pre-colonial philosophies present a space to articulate a vision of freedom outside of Western social and political paradigms. She is represented by Fortnight Institute in collaboration with Catinca Tabacaru Gallery.

Byun Young Geun is currently based in Tokyo. Every year since 2013, Young Geun has released a graphic novel within which his unique perspective captures the existence of our everyday, enveloped by the cities and natural world around us. Utilizing the techniques of a graphic novel, these stories develop without a single word, using only illustration.

Michelle Groskopf is an editorial and commercial photographer based in L.A. Her street photography is represented by Paris Texas LA. In November, her work will be shown at the Canadian Center for Architecture.

Balarama Heller lives and works in New York City. His practice reimagines archetypal symbols found in the natural world. He explores primal symbols and patterns, both real and imagined, working toward a visual language of preverbal awareness. His 2019 project Sacred Place was featured in Aperture Magazine’s “Utopia” issue, with an essay by Pico Iyer.

Eddie Herena is a Bay Area–based photographer whose work was featured in the 2019 Thacher Gallery exhibition, A Matter of Liberation: Artwork from Prison Renaissance, and the 2020 SF Camerawork exhibition, Cell Signals. Throughout the final three years of his incarceration (2015-2018), Herena worked as a photographer for the San Quentin News, the inmate-produced paper at San Quentin State Prison. Self-taught on the job, Herena covered a variety of activities while incarcerated, and he continues to shoot in the free world.

Tailyr Irvine is a Salish and Kootenai photojournalist born and raised on the Flathead Indian Reservation in western Montana. Her work focuses on providing in-depth representations of the lives and complex issues within the diverse communities that make up Native America.

Rinko Kawauchi, born in Shiga, Japan, currently lives and works in Tokyo. In 2001, she launched her career with the simultaneous publication of three volumes: Utatane, Hanabi, and Hanako. Since then, she has published more than twenty books of her work, and Des oiseaux (On birds) will be published by Éditions Xavier Barral in June.

Dionne Lee was born and raised in New York City and is currently based in Oakland, California. She has exhibited work at the Museum of Modern Art, Aperture Foundation, and the San Francisco Arts Commission, among others. Lee currently teaches at Stanford University.

Emily Margarit Mason is an artist living and working in Santa Fe, New Mexico. She received her BFA in photography from the Maryland Institute College of Art. Her photographs deny realism by accumulating and compressing perspectives, ultimately confusing the assumed monocular lens the camera typically provides.

Will Matsuda is a Japanese American photographer whose work as a photographer and writer focuses on the intersections of race, capitalism, and the environment. His forthcoming book, The Potter Becomes the Pot, will be published by TIS Books this summer.

Aspen Mays is currently an associate professor of photography at the California College of the Arts. She is represented by Higher Pictures Generation in New York. Mays was a Fulbright Scholar in Santiago, Chile, where she spent time with astrophysicists using the world’s most advanced telescopes to look at the sky, an experience that has made a lasting impact on her work.

Richard Misrach has photographed the dynamic landscape of the American West through an environmentally aware and politically astute lens for more than 40 years. Misrach’s series, Border Cantos, a collaboration with experimental composer Guillermo Galindo, explored complex issues surrounding the U.S.-Mexico border through Misrach’s photographs of landscape and objects left behind by migrants, together with Galindo’s haunting musical instruments, sound installations, and scores.

Elle Pérez lives and works in New York City. They are currently a visiting assistant professor of Visual and Environmental Studies at Harvard University and dean at the Skowhegan School of Painting and Sculpture. Pérez is represented by 47 Canal, New York.

Yuko Shimizu (清水裕子) is an illustrator based in New York City. Yuko teaches at The School of Visual Arts and was recently awarded the Caldecott Honor for her work on the children’s book The Cat Man of Aleppo.

Chanell Stone is an artist living and working in Oakland, California. Stone earned her BFA in photography from the California College of the Arts in 2019. Her solo exhibition Natura Negra appeared at the Museum of the African Diaspora in San Francisco in 2020. Through self-portraiture, collage, and poetry, Stone’s photography investigates the Black body’s intersectional states of being and connection to the natural world.

Sam Youkilis is a photographer and filmmaker from New York City currently living and working in Mexico.

Paul Zizka is a mountain landscape and adventure photographer based in Banff, Canada. His latest book, Aloft: Canadian Rockies Aerial Photography, comes out in May 2021.