Pop-Up Magazine Issue in a Box

Our First Issue
In A Box!

Our limited run of boxes sold out — thanks for your support!
Join our email list for the inside scoop on what we're doing in 2021. 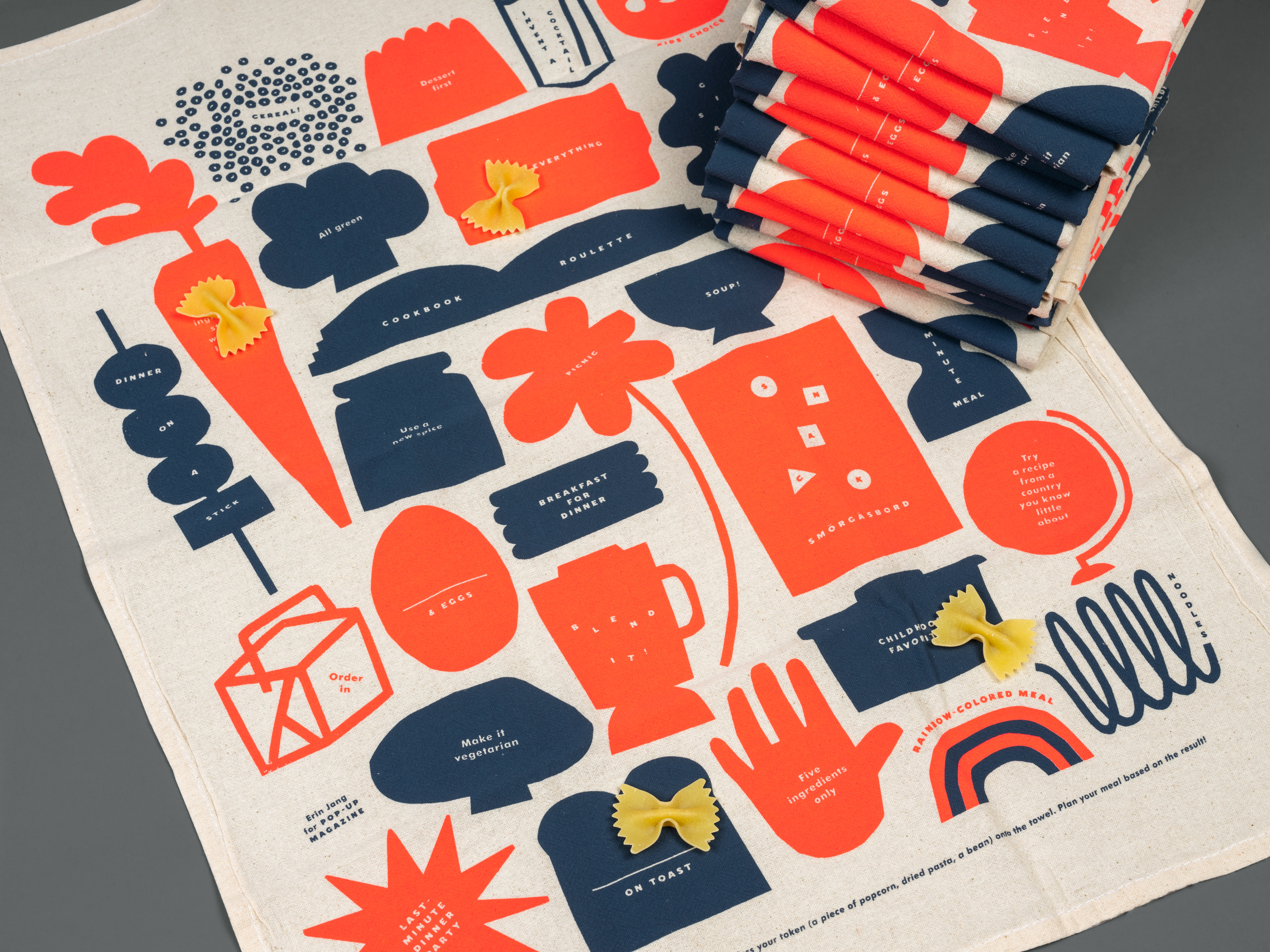 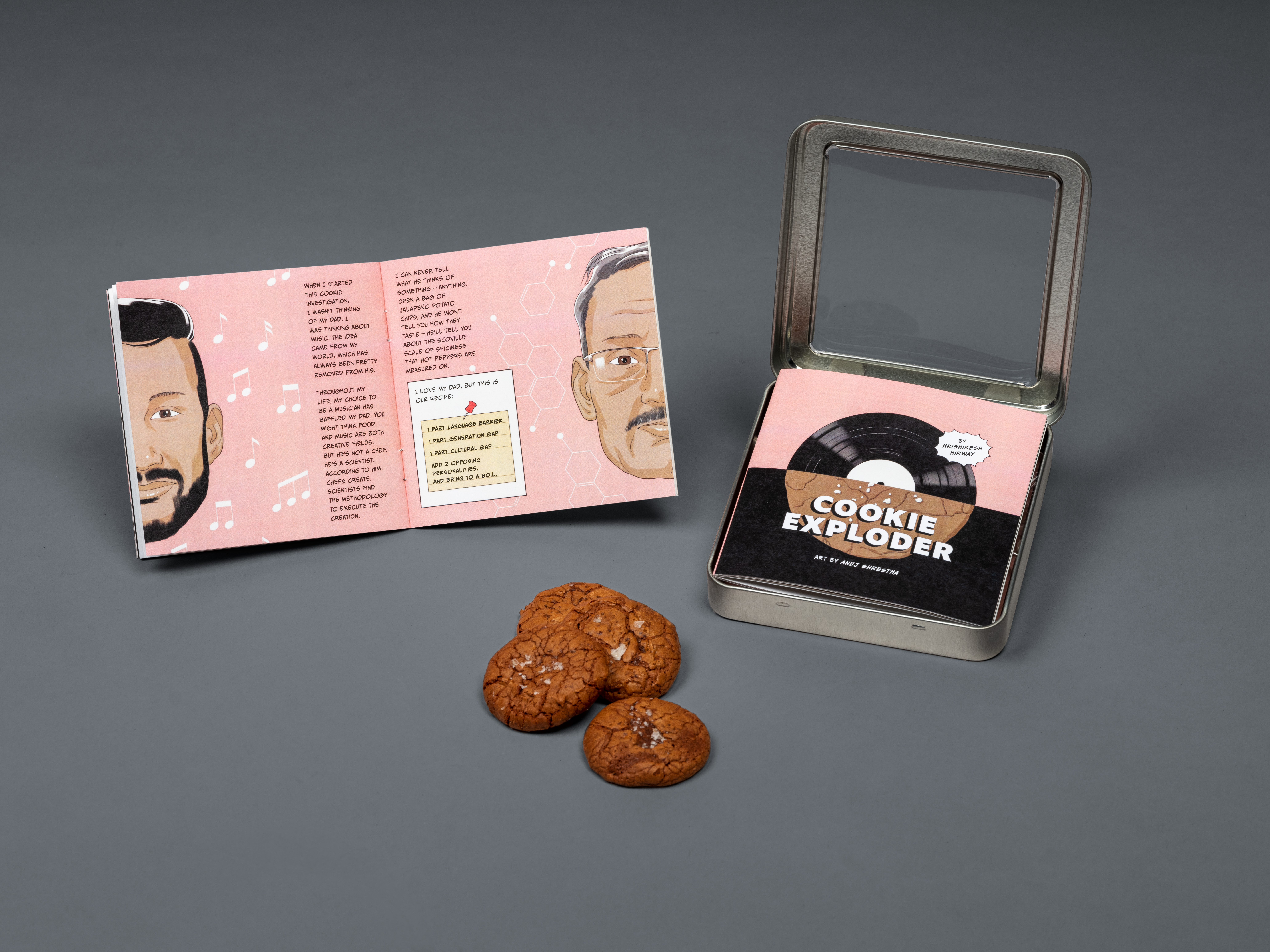 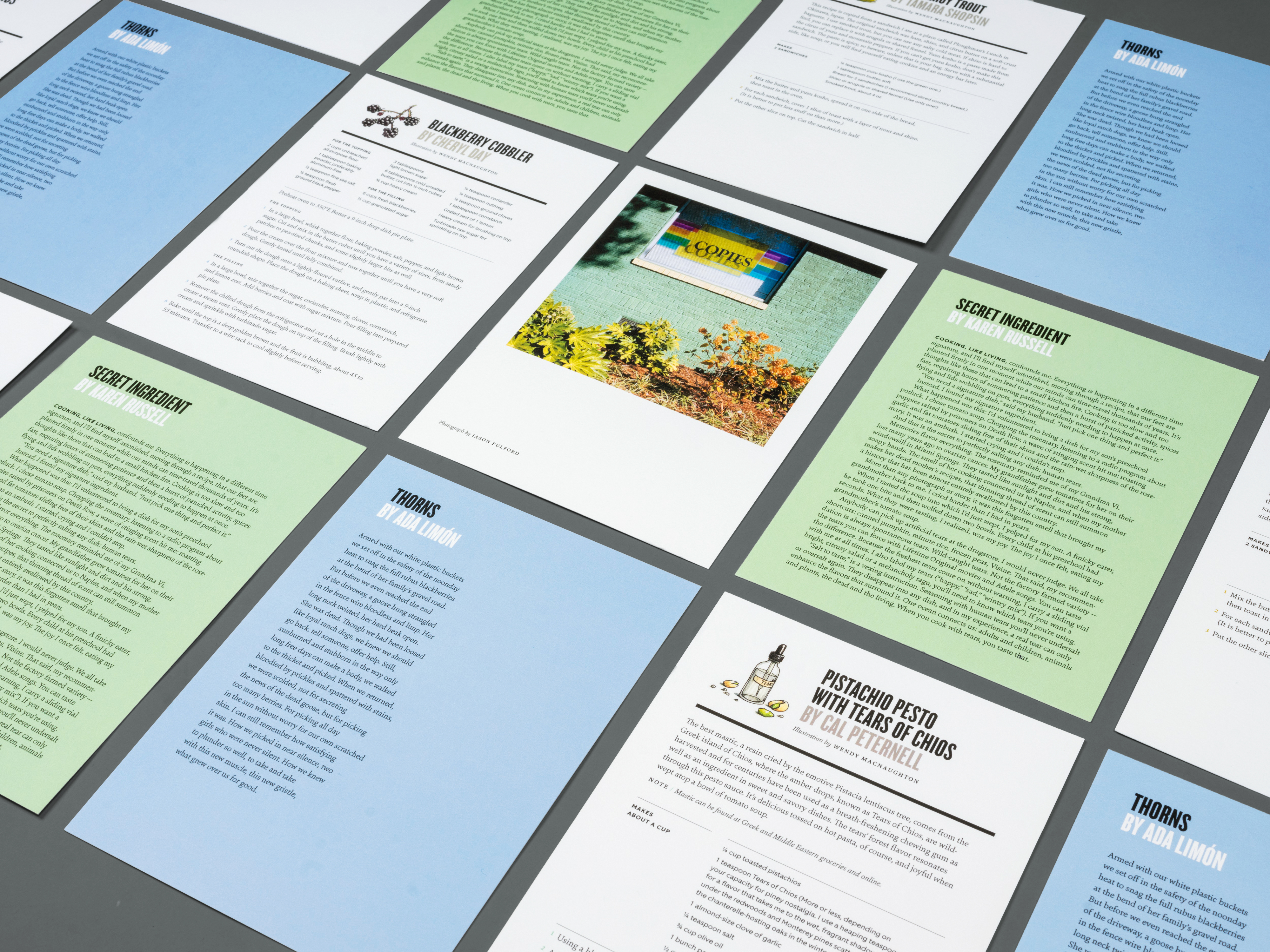 Samin Nosrat is a chef and author of the James Beard Award–winning #1 New York Times Bestseller Salt, Fat, Acid, Heat. She is an Eat columnist at The New York Times Magazine and the host and an executive producer of the Netflix original documentary series based on her book.

Karen Russell’s first novel, Swamplandia!, was a finalist for the Pulitzer Prize, winner of the New York Public Library Young Lions Award, and one of The New York Times’ Ten Best Books of the year. She has received a MacArthur Fellowship and a Guggenheim award.

Hrishikesh Hirway is a musician, and the host and creator of Song Exploder, a podcast and Netflix television series about the creative process behind songs. He’s also the co-host of the podcast Home Cooking (along with fellow contributor Samin Nosrat) and co-host of the podcast The West Wing Weekly. He makes records under the name The One AM Radio and has composed original music for film, television, and most recently, the Alaskan wilderness dog-sledding video game The Red Lantern.

Wendy MacNaughton is a #1 NYT Bestselling illustrator, graphic journalist and educator. Her books include Salt Fat Acid Heat with author Samin Nosrat, Meanwhile in San Francisco, and The Gutsy Girl with author Caroline Paul. A former visual columnist at The New York Times and California Sunday Magazine, she is the creator and host of #DrawTogether, the kids drawing show that’s not really about drawing.

Leanne Shapton is a Canadian author, artist, and publisher based in New York City. Her book Swimming Studies won the 2012 National Book Critics Circle Award for autobiography. She is the co-founder, with photographer Jason Fulford, of J&L Books, an imprint specializing in art and photography books. Her work has appeared in The New York Times, Die Zeit, Granta, and The New Yorker. Her latest book is Guestbook, a collection of short stories.

Jason Fulford is a photographer and co-founder of J&L Books. He is a Guggenheim Fellow, a frequent lecturer at universities, and has led workshops across the globe. His monographs include The Mushroom Collector, Hotel Oracle, Contains: 3 Books, Clayton’s Ascent, The Medium Is a Mess, and Picture Summer on Kodak Film.

Tamara Shopsin is an illustrator, graphic designer, writer, and part-time cook in her family’s New York restaurant. She is the author of two memoirs, Mumbai New York Scranton and Arbitrary Stupid Goal, designer of the 5 Year Diary, and co-author, with Jason Fulford, of the photobook for children This Equals That and Offline Activities.

Anuj Shrestha is a cartoonist and illustrator. His comics have been listed in several editions of The Best American Comics anthology. His illustration work has appeared in The New York Times, The New Yorker, The Washington Post, McSweeney’s, and Playboy, among others.

Erin Jang is a graphic designer and illustrator. She has created work for The New York Times, Apple, Lucky Peach, and Cooper Hewitt Design Museum, among others. She is the author of You, Me, We! a fill-in book for kids and parents, and can be found making food faces and other projects involving design, craft, and play at @theindigobunting.

Cal Peternell is the New York Times bestselling author of Twelve Recipes, A Recipe for Cooking, and Almonds, Anchovies, and Pancetta. His next book, Bad Food Good, a guide for making things better, is due out Fall 2021. Cal’s drive to teach people the pleasure and satisfaction to be found cooking at home led him to co-create the Cooking By Ear podcast. Before that, Cal was the chef at Alice Waters’ influential Chez Panisse for over twenty years.

Llanor Alleyne is a Barbados-born, New York–raised mixed-media artist and writer. Her lush, collaged artwork explores identity through ethnobotany. Last March, Llanor moved to Tulsa — days before the lockdown. Since then, Llanor has thrived thanks to two things: her art … and her Instacart.

Follow along all week, and be the first to hear about new stories and issues.